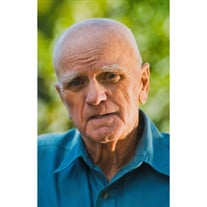 ' Allen â€œDonâ€ Bobino was born October 17, 1933, in Beaumont, Texas, to Alton Dean and Eula Mae (Goodeau) Bobino. He died Wednesday, April 1, 2015, in Tulsa, Oklahoma, at the age of 81 years. Don was reared and educated in Tulsa and graduated with the East Central High School Class of 1954. He was a veteran of the armed forces having served his country honorably with the United States Marine Corps. He was married February 8, 1957 in Arkansas, to Leanna Fields. Don spent most of his working life as a deputy sheriff with the Tulsa County Sheriffâ€™s Office. He later worked security for American Airlines in Tulsa. Don was a longtime Owasso resident and an avid supporter of Owasso sports. He had been a member of the Owasso Ram Quarterback Club and had served as president. He also enjoyed fishing and was a member of the Bass Anglers Club. Most important to Don was his family and especially spending time with his grandchildren.Loving family members include:Wife; Leanna, of the homeTwo daughters and sons-in-law; Rita Heath and her husband Don Heath, of Talala, OK Julie McLaughlin and her husband Tommy, of OwassoSon; Robert Bobino, of OwassoFive grandchildren; Tarah Wyatt and her husband Alan, of Broken Arrow, OK Frank Brummett, of Oklahoma City, OK Mike Bobino and his wife Julie, of Owasso Kandice Bobino, of Owasso Kenna Griffin and her husband Jeff, of Edmond, OK10 great grandchildren; Seleanna, Travor, Jâ€™Lea, Tristan, Ty, Luc, Autumn, Austin, Tatum and ZaneSister and brother-in-law; Dean and Arnold Bisson, of Bandero, TexasHe was preceded in death by his parents, step father Chester Bunker, brother, Alton Dean Bobino, Jr., and grandson, Travis Brummett. Visitation was held from 1:00 p.m. to 6:00 p.m. Saturday, April 4, 2015, at Mowery Funeral Service in Owasso. Funeral services will be held 1:00 p.m., Monday, April 6, 2015, at the Mowery Funeral Service Chapel in Owasso with Pastor Cletus Coe officiating. Committal services and interment will follow at Sandridge Cemetery in rural Collinsville, Oklahoma. The family requests memorial contributions be made to Cowboy Country Fellowship, P.O. Box 263, Talala, Oklahoma, 74080. Arrangements and services were entrusted to Mowery Funeral Service of Owasso. www.moweryfs.com'

The family of Allen Bobino Don created this Life Tributes page to make it easy to share your memories.

Send flowers to the Bobino family.