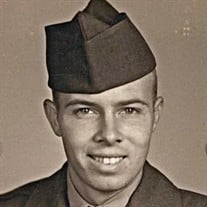 Bobby Jack Rosson was born June 28, 1934, in Middleton, Tennessee, to R. Bass and Faustina Essary Rosson. He died Sunday, April 19, 2020, in Owasso, Oklahoma, at the age of 85 years. Jack was raised and educated in Middleton and was a graduate of Middleton High School. He continued his education attending Freed-Hardeman University in Henderson, Tennessee, then Memphis State University in Memphis. He was a veteran of the armed forces having served his country honorably with the United States Army. Jack was married March 29, 1959, in Hornsby Tennessee. He began his long career of transportation rate analyst in 1966 when he started working with Agrico Chemical Company in Memphis. In 1972, he was transferred with Agrico to Tulsa, Oklahoma. He was transferred with the company in 1987 to New Orleans until his retirement in 1993, at which time he moved his family back to Oklahoma. Jack enjoyed a variety of pastimes including spending time outside and working in the garden. He also enjoyed taking walks and waving to all his neighbors along the way. He loved his sports and supporting his Tennessee Volunteers. His pride and joy were his six grandchildren. Those he leaves behind who hold many cherished memories include: His wife of over 61 years; Norma, of the home Son and daughter-in-law; Brian and Margarita Rosson, of San Antonio, Texas Daughter and son-in-law; Beth and David Hamel, of Owasso, Oklahoma Grandchildren; Ryan Rosson, Matthew Rosson, and Sean Rosson, all of San Antonio Shelby Hamel, Ethan Hamel, and Aaron Hamel, all of Owasso Twin sister; Jane Hensley and husband Joe, of Sardis, Mississippi Sister; Elizabeth Lott and husband Denson, of Collins, Mississippi He was preceded in death by his parents and a sister, Chris Hubbard. Visitation will be held from 6:00 p.m. to 8:00 p.m. Tuesday, April 21, 2020, at Mowery Funeral Service in Owasso. After a private family service, he will be laid to rest at Graceland Memorial Park Cemetery in Owasso. The family requests memorial contributions be made in his memory to the American Parkinson Disease Association, www.apdaparkinson.org. Arrangements and services were entrusted to Mowery Funeral Service of Owasso. www.moweryfs.com

Bobby Jack Rosson was born June 28, 1934, in Middleton, Tennessee, to R. Bass and Faustina Essary Rosson. He died Sunday, April 19, 2020, in Owasso, Oklahoma, at the age of 85 years. Jack was raised and educated in Middleton and was a graduate... View Obituary & Service Information

The family of Bobby Jack Rosson created this Life Tributes page to make it easy to share your memories.

Send flowers to the Rosson family.