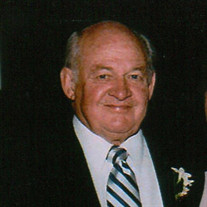 Charles Philemon “Phil” Wilkerson was born on January 25, 1932, in Leachville, Arkansas to Rufus Wilkerson and Willie Pearl (Guiltner) Wilkerson. He died on Saturday, June 20, 2020, in Owasso, Oklahoma, at the age of 88 years. Phil graduated with the Webster High School Class of 1951 in Tulsa, Oklahoma. After high school he attended Central Bible College in Springfield, Missouri. He was married on June 24, 1967 in Sand Springs, Oklahoma to Colleen (McIntire) Wilkerson. Phil spent most of his working life as a Tool Room Supervisor with Texas Iron Works in Houston, Texas for 20 years and worked for Carnation Milk Company in Tulsa for 25 years. He was a faithful member of Carbondale Assembly Church in Tulsa since he was a child, but had been attending Rejoice Church in Owasso for the past couple years. Phil enjoyed a variety of past times such as wood working and listening to Southern Gospel music. Those he leaves behind who hold many cherished memories include: Wife; Colleen Wilkerson, of Owasso 2 Daughters; Cindy Afeld and husband Tim, of Owasso Pam Brown and husband Charlie, of Skiatook 5 Grandchildren; Jeremy Afeld and wife Courtney, of Owasso Jeffrey Afeld and wife Jessica, of Broken Arrow Patricia Hartloper and husband Adam, of Owasso Stephanie Gahman, of Skiatook Amy West and husband Cody, of Skiatook 10 Great Grandchildren; Brody, Journey, Reese, Suri, Quincy, Tyler, Lexie, Ace, Oliver, and Hadlee. Brother; Austin Wilkerson and wife Faye, of Houston, Texas Sister; Donna Jordan and husband Gary, of Houston, Texas Mother and sister of his Daughters; Raylene Barclay Robyn Bynum and husband Derriel and son, Brandon Many Dearly Loved Nieces and Nephews He was preceded in death by his parents, Rufus and Willie, 2 brothers, Houston and Ralph, and his sisters in law, Mariana and Millye. Funeral Service will be held at 10:00 a.m. on Wednesday, June 24, 2020 at the Mowery Funeral Service Chapel in Owasso. Interment will be at Graceland Memorial Park Cemetery in Owasso. Arrangements and services were entrusted to Mowery Funeral Service.

The family of Charles Philemon "Phil" Wilkerson created this Life Tributes page to make it easy to share your memories.

Send flowers to the Wilkerson family.