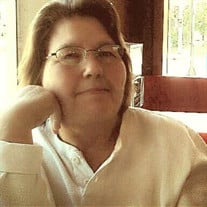 Connie Lee McIntire was born September 29, 1949, in Pawhuska, Oklahoma, to Robert Harold and Viola Marie Timmons Pugh. She died Monday, September 17, 2018, in Tulsa, Oklahoma, at the age of 68 years. Connie was reared and educated in Pawhuska and graduated with the Pawhuska High School Class of 1969. She continued her education attending Tri-County Tech in Bartlesville, Oklahoma. She was married March 31, 1984, in Pawhuska to James Franklin McIntire. They had made their home in Skiatook, then to Owasso, before moving to Sand Springs. Connie spent much of her working life as a communications officer with the Owasso Police Department before retiring in 2012. She was an active member of the First Christian Church in Sand Springs. Connie enjoyed a variety of pastimes including traveling, but she cherished her role as Nana to her grandchildren. Those she leaves behind who hold many cherished memories include: Her husband; James, of the home Son; Shawn McIntire and wife Ashley of Bartlesville Daughter; Kimberly Lindsey, of Nowata, Oklahoma Step-daughter; LaDonna Shadlow and husband William, of Hominy, Oklahoma Step-son; James Stephen McIntire and wife Whitney, of Skiatook, Oklahoma 14 grandchildren; Trinity, Aaron, Sean, Leland, and Abigail McIntire Autumn, Colton, and Jaxson Lindsey Chloe, Ryan, Noah, and Caroline Shadlow Anastasia and Rosalyn McIntire She was preceded in death by her parents, and one brother, Frank Pugh Visitation will be held from 1:00 p.m. to 5:00 p.m. Sunday, September 23, 2018, at Mowery Funeral Service. Funeral will be held 11:00 Monday, September 24, 2018, at the Mowery Funeral Service Chapel with Pastor Scott Ferguson officiating. Private family disposition will be held at a later date. The family requests memorial contributions be made to the Officer Down Memorial Fund, P.O. Box 1047 Fairfax, Virginia, 22038. Arrangements and services were entrusted to Mowery Funeral Service of Owasso. www.moweryfs.com

Connie Lee McIntire was born September 29, 1949, in Pawhuska, Oklahoma, to Robert Harold and Viola Marie Timmons Pugh. She died Monday, September 17, 2018, in Tulsa, Oklahoma, at the age of 68 years. Connie was reared and educated in Pawhuska... View Obituary & Service Information

The family of Connie Lee McIntire created this Life Tributes page to make it easy to share your memories.

Send flowers to the McIntire family.