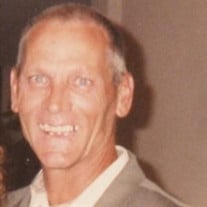 Daniel “Danny” Lee Brumley was born on January 18, 1949, in St. Louis, Missouri to Paul Brumley and Inez (Skaggs) Brumley. He passed from this life on Saturday, October 30, 2021, at his home in Collinsville, Oklahoma at the age of 72 years. Danny was raised and educated in Tulsa, Oklahoma and graduated with the East Central High School Class of 1967. He then went on to attend Tulsa Junior College where he earned an associate’s degree in electronics. Danny was married on June 13, 1970, in Tulsa to Sandra Wynn (Petty) Brumley. Danny spent most of his working life in the electronics field, where he was a technician, technical writer, and a manager with Memorex/Telex in Tulsa until he retired in 1989. He enjoyed a variety of past times such as hunting, fishing, and shooting guns. Those he leaves behind who hold many cherished memories include: His Wife; Sandra Brumley Daughter; Stephanie Jones Grandchildren; Michael Davis and wife Taylor Makayla Jones Great Grandson on the way, Mason Twin Sister; Donna Drake and husband Ron Sister-in-Law; Laura Terry and husband Toby Nieces and Nephews; David, Becky, Justin, Jennifer, Kristen, and Chelsea He was preceded in death by his father, Paul Brumley, mother, Inez Brumley, father-in-law, JW Petty, brother-in-law, Vernon Jarrett, brother, Harold Brumley, daughter, Beth Davis, grandson, Tony Brumley, and many aunts, uncles, and friends. Visitation will be held from 4:00 p.m. to 8:00 p.m. on Tuesday, November 2, 2021, at the Mowery Funeral Service Chapel in Owasso. Funeral service will be held 10:00 a.m. on Wednesday, November 3, 2021, at the Mowery Funeral Service Chapel. Interment will follow at Box Cemetery in Vian, Oklahoma.

The family of Daniel Lee Brumley created this Life Tributes page to make it easy to share your memories.

Send flowers to the Brumley family.