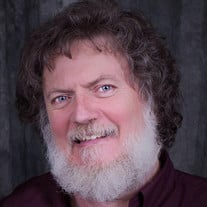 David Lee Jones was born January 28, 1955, in Rogersville, Missouri, to Clyde Eugene and Nora Mae (Watts) Jones. He passed from this life Tuesday, May 22, 2018, in Tulsa, Oklahoma at the age of 63 years. David graduated with the Catoosa High School Class of 1973; and a few months later, on September 28, 1973, he married Rebecca Diane Bolen. He spent most of his working life as a glazier with Watts and Green Glass Company. He was a faithful member of Timber Ridge Assembly of God in Catoosa. David enjoyed carpentry; he built his own home at the age of 19 years and built his daughter Julie a two-story pink playhouse that won him a handyman contest. Other pastimes that he enjoyed were watching and coaching baseball and softball games that Julie played in and traveling and camping even though the motor home was always broken down. Those he leaves behind who hold many cherished memories include: His Wife, Becky Jones, of the home Daughter; Julie Conatzer and husband Billy of Owasso, Oklahoma Son; Casey Jones and wife Kimber, of Denver, Colorado Five Grandchildren; Austin Conatzer of Owasso Cory Conatzer of Owasso Shelby Conatzer of Owasso Hannah Conatzer of Owasso Izzy Jones of Denver, Colorado Three Sisters; Peggy Pitezel and husband Fred, of Catoosa Bonnie Beeman of Broken Arrow Anita Peck of Catoosa Brother; Don Jones and wife Debbie, of Tulsa Father; Clyde Jones of Tulsa He was preceded in death by his mother. Visitation was held from 4:00 p.m. to 8:00 p.m., Thursday, May 24, 2018, at Trinity Assembly of God in Owasso. Funeral services will be held at 2:00 p.m. Friday, May 25, 2018, at the Trinity Assembly of God with Pastors James Brown and Randy Jackson officiating. Serving as casket bearers were Billy Conatzer, Cory Conatzer, Jeff Bolen, Casey Jones, Paul Bolen and David Bolen. Honorary Casket Bearers were Austin Conatzer, Joe Roberts, Jacob Bolen and David Leonard. Committal services were held at Timber Ridge Cemetery in Catoosa. Memorial donations may be made in memory of David to Catoosa Parks and Recreation, 19934 East Pine Street, Catoosa, OK 74015. Arrangements and services were entrusted to Mowery Funeral Service.

David Lee Jones was born January 28, 1955, in Rogersville, Missouri, to Clyde Eugene and Nora Mae (Watts) Jones. He passed from this life Tuesday, May 22, 2018, in Tulsa, Oklahoma at the age of 63 years. David graduated with the Catoosa High... View Obituary & Service Information

The family of David Lee Jones created this Life Tributes page to make it easy to share your memories.