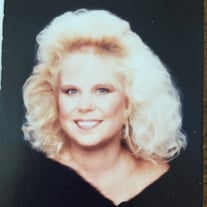 Diana Joy Leland was born August 4, 1950, in Coffeyville, Kansas, to Kenneth Jay and Rosalie Mae Yeubanks Hepner. She died Sunday, July 25, 2021, in Oologah, Oklahoma, at the age of 70. Diana was educated in Coffeyville, Kansas, and was a graduate of Field Kindley High School. She was baptized April 2, 1965, at the First Christian Church of Coffeyville. She attended Coffeyville Community College where she continued her education and was a cheerleader for the Red Ravens. Diana completed her education at Pittsburg State University in Pittsburg, Kansas, earning her bachelor’s degree in business. She was married to her first husband, Larry C. Long, and together had two children, Aaron and Lisa. She spent much of her working life as an office manager in accounting and billing as well as human resources. She was married December 7, 1990, in Miami, Oklahoma, to Jeff Leland. As a young lady she enjoyed being a Brownie and a Girl Scout, spending time at the lake with her family, modeling, cheerleading, and teasing with her sister and brother. As a mama, she loved singing cute little songs and those songs were passed down to her grandchildren and great grands even. She especially enjoyed her grandkids who affectionately knew her as “Grandma Di Di”. She was given that name from her first nephew, Jody. At the young age of 42, she suffered a massive stroke and brain aneurysm that left her disabled. The years following having mini strokes and falls, taking a toll on her. Although, she always kept smiling and never complained of her situation. Those she leaves behind who hold many cherished memories include: Her husband; Jeff Sister; Jane Ann, Janie, Wintjen and husband George Brother; Rick Hepner Daughter; Lisa Compston and husband Larry Son; Aaron Long Grandchildren; Lindsay Hearn and husband Blake Cody Long and wife Katelyn Bryson Mead and wife Michaela Zayden Marshall John “Wes” Horn Cristian Holguin Ross Compston and wife Niki Keith Compston and wife Kimberly Triston Collins Samantha Willenbring Great grandchildren; Layla and Reese Mead Henley, Barrett, and Sadie Hearn Brielle Horn Skylar and Elijah Compston Evan and Levi And many nieces, nephews, friends, and family that she loved. She was preceded in death by her parents, and a great granddaughter, Kacia Larae Mead. Funeral service will be held 1:00 p.m. Friday, July 30, 2021, at the Mowery Funeral Service Chapel in Owasso with Pastor Steve Lewis officiating. Committal service and interment will follow at Fairview Cemetery in Talala, Oklahoma. The family requests memorial contributions be made in Diana’s memory to the American Stoke Foundation, 6405 Metcalf Avenue, Suite 214, Overland Park, Kansas, 66202, www.americanstroke.org . Arrangements and services were entrusted to Mowery Funeral Service of Owasso. www.moweryfs.com

The family of Diana Joy Leland created this Life Tributes page to make it easy to share your memories.

Send flowers to the Leland family.