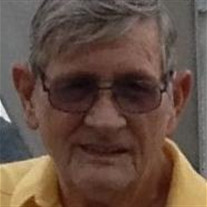 Donald “Don” Beck was born March 19, 1935, in Coweta, Oklahoma, to Jay and Pauline Beck. He died Thursday, January 30, 2020, in Collinsville, Oklahoma, at the age of 84 years. Don was a veteran of the armed forces having served his country honorably with the United States Army. He was married December 20, 1954, in Collinsville to Minnie Lee Husband. He spent most of his working life as an appliance technician and owner of Beck’s Appliance. Don enjoyed a variety of pastimes including going fishing and camping, as well as playing music with his brothers. He also enjoyed family gatherings, especially the family reunions at the lake. Most important was his family and his role as Grandpa. Those he leaves behind who hold many cherished memories include: His wife of over 65 years; Minnie, of the home Children; Michael Beck and wife Shannon, of Collinsville, Oklahoma Kerry Sweet and husband Dale, of Talala, Oklahoma Grandchildren; Stacey Beck Kelly Swan and husband Jeff Billy Sweet and wife Misty CareyMichelle Sweet, and Hailey Sweet Great grandchildren; Keirstin Jewett, Halle Jewett, Nellie Sweet, Beckett Sweet, and Brynlee Sweet Sister; Billie Holland, of Nowata, Oklahoma And a host of nieces, nephews, and other relatives and friends He was preceded in death by his parents, and three brothers, Jim Beck, Bob Beck, and Sam Beck. Visitation will be held from 2:00 p.m. to 5:00 p.m. Sunday, February 2, 2020, at Mowery Funeral Service in Owasso. Funeral service will be held 1:00 p.m. Monday, February 3, 2020, at the Mowery Funeral Service Chapel in Owasso with Pastor Rick Brinkley officiating. Serving as casket bearers will be Billy Sweet, Jeff Swan, Kelly Swan, Kelvin Beck, C.J. Pavey, and Rick Escoe. Committal service and interment will follow at Ridgelawn Cemetery in Collinsville, Oklahoma. Arrangements and services were entrusted to Mowery Funeral Service of Owasso. www.moweryfs.com

The family of Donald Lee Beck created this Life Tributes page to make it easy to share your memories.

Send flowers to the Beck family.