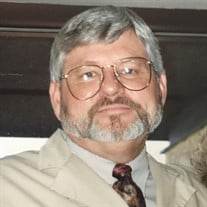 Dr. Donald G. Dunaway was born June 10, 1944, in Hulbert, Oklahoma, to Horace C. and Eadora Mae Manes Dunaway. He died Sunday, May 27, 2018, in Owasso, Oklahoma at the age of 73 years. Don was reared and educated in Wagoner, Oklahoma, and graduated with the Wagoner High School Class of 1962. He attended Northeastern State University in Tahlequah, Oklahoma, before transferring to Oklahoma State University in Stillwater, Oklahoma where he earned his Bachelors Degree in zoology. He completed his studies at Kansas City College of Osteopathic Medicine earning his Doctorate. Don was married January 9, 1971, in Tulsa, Oklahoma, to Beverley Reynolds. He spent much of his working in his medical practice of family medicine with Owasso Medical, Dental, and Foot Clinic. He was involved with many hobbies and a wide variety of interests including spending time with his family, going snow skiing and traveling. He served honorably with the Air National Guard. Don was a big supporter of the Owasso FFA and enjoyed raising Simmental cattle. Anyone who knew him, also knew he was an avid Oklahoma State University fan. Those he leaves behind who hold many cherished memories include: His wife of over 47 years; Beverley of the home Three children; Jason Dunaway and his wife Ginie Gena Mitchell and husband Lance Bill Dunaway and wife Denise, all of Owasso Grandchildren; Krason Dunaway, Kaylee Dunaway, Sean Mitchell, and Tucker Dunaway He was preceded in death by his parents, one brother, Harold Dunaway, and one sister, Maxine Dunaway. Visitation will be held from 4:00 p.m. to 8:00 p.m. Thursday, May 31, 2018, at Mowery Funeral Service in Owasso. Funeral service will be held 10:30 a.m. Friday, June 1, 2018, at Rejoice Church in Owasso with Pastor Leonard Pirtle officiating. Serving as casket bearers will be Jason Dunaway, Bill Dunaway, Lance Mitchell, Travis Tosh, John Reynolds, Jr., and Dallas Duncan. Honorary casket bearer is Bryan Tosh. Committal service and interment will follow at Graceland Memorial Park Cemetery in Owasso. The family requests memorial contributions be made to the Owasso FFA, 12901 East 86th Street North, Owasso, OK 74055, Attn. Jonathan Holloway in memory of Dr. Don Dunaway. Arrangements and services were entrusted to Mowery Funeral Service of Owasso. www.moweryfs.com

Dr. Donald G. Dunaway was born June 10, 1944, in Hulbert, Oklahoma, to Horace C. and Eadora Mae Manes Dunaway. He died Sunday, May 27, 2018, in Owasso, Oklahoma at the age of 73 years. Don was reared and educated in Wagoner, Oklahoma, and... View Obituary & Service Information

The family of Dr. Donald G. Dunaway created this Life Tributes page to make it easy to share your memories.

Send flowers to the Dunaway family.