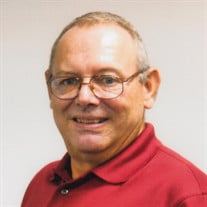 Donald Ray “Beech” Hamilton, born August 25, 1949 in Tulsa, Oklahoma to Floyd A Hamilton and Kathlean Chamberlain, passed from this life on September 13, 2020, following an abrupt diagnosis of terminal cancer. Don grew up in Tulsa and at 12 yrs old his stepfather, Fred Cousins, began teaching him how to weld in his shop, HC Welding. Don attended Central High School in Tulsa, Oklahoma where he was a member of the Swim Team and graduated in 1968. He attended Okmulgee Tech before his marriage to Janet Norman in 1970. Don and Janet had two daughters, Juliann Marie and Abigail Dawn and raised them in Owasso, Oklahoma. He was a very loving father who sacrificed and worked hard to provide for his family. He could fix or build just about anything and he wasn’t afraid of hard work. Don became skilled as an expert welder, before the age of 16, and it served him well throughout his life. He began working at Public Service Company in 1971 joining the Central Maintenance Crew traveling throughout Oklahoma overhauling turbine engines at the power plants. In 1978, he transferred to the Oologah Power Plant until his retirement in 2008. While at PSO, Don was known for his volunteerism with the Special Olympics, often held in Stillwater, Oklahoma. Friends often recall that he designed and built a BBQ pit and trailer that he would haul around and cook for other volunteers and teams. In 1994, Don married Patricia Sperry. Following a diagnosis of Alzheimer’s, Don continued to care for Pat until her death in 2014. Don then moved to Grove, Oklahoma where he enjoyed the remainder of retirement living the “Grand Lake Life.” He enjoyed rebuilding classic mustangs, camping in his RV at area lakes, boating, hunting, fishing and cooking; but his true love was spending time with his grandkiddos and family. Don is preceded in death by his parents, his only brother, Floyd Wayne Hamilton, and wife, Pat. Surviving immediate family include his daughters, Abby Hamilton and Julie Stevens, son-in-law (and favorite child) Roger Stevens; step-son Ryan Sperry, wife Kathryn of Houston, Texas; the grandkiddos Taylor, Bailey, and Bryce Stevens of Oologah, Oklahoma; and sister Linda Kay Robertson of Tulsa, Oklahoma. A graveside memorial service will be held Friday, September 18, 2020 at 10:00am, Memorial Park Cemetery in Tulsa, Oklahoma under the direction of Mowery Funeral Service. In lieu of flowers, donations can be made to Special Olympics Oklahoma (SOOK.org) 6835 South Canton Avenue, Tulsa, Oklahoma 74136. (918) 481-1234

The family of Donald Ray "Beech" Hamilton created this Life Tributes page to make it easy to share your memories.

Send flowers to the Hamilton family.