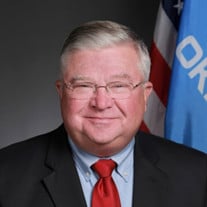 Dr. George Dale Derby, aged 72 of Owasso, OK, entered into eternal rest on August 24, 2021. He was born on September 25, 1948, in Eldon, Missouri to the late Donald and Lucille Baker Derby. In addition to his parents, he was preceded in death by his sister, Wanda Sumpter and great granddaughter, Mabel Noelle. Dale is survived by his loving wife of 46 years, Linda West Derby, their children, Jacquelyn (Albert) Gonz of Ste. Genevieve, MO, David (Kim) Derby of Owasso, OK, and Micah (Becky) Derby of Owasso, OK. He is also survived by 8 grandchildren: Katie (Justin) Noelle, A.J. Gonz, Rebekah (Caleb) Harris, Scarlette Gonz, Quentin Derby, Evan Derby, Xavier and William Derby, and 2 great-grandchildren, Lillian and Malachi Noelle. He is survived by his brother Gene and Barbara Derby of Chouteau, OK, and Daphane Derby of Tulsa, OK, along with many nieces, nephews, cousins, and friends from all over the world. Dale was a longtime member of the Farmington Free Will Baptist Church of Farmington, MO, and currently an active member of Rejoice Church of Owasso, OK. Dale loved the Lord and was bold in his witness of God’s goodness. He and his wife served over 25 years in the bus ministry and contact evangelism in Missouri and California, telling children and adults about the good news of Jesus Christ. He taught Sunday School, was a bus captain and director in the bus ministry, taught biology and science at California Christian College, served on the school board at Farmington Christian Academy and also serving there as the sports doctor. During his time in Owasso, he served on the general board at Rejoice Church, participated in numerous medical mission trips, and in recent years, he was a leader and teacher for the Christ Directed Program Bible Study on Wednesday nights. He volunteered thousands of hours to the churches he attended with this scripture in mind: 1 Corinthians 10:31, “So whether you eat or drink, or whatever you do, do all for the glory of God.” He did all of this while working as a full-time physician. Dale graduated from Claremore High School in Claremore, OK, in 1966. He received his BS in biology at the University of Tulsa in 1971 and his medical degree from the Kansas City College of Osteopathy Medicine in 1975. He did his internship at the Normandy Osteopathic Hospital from July 1975 to July 1976. Upon completion, Dale entered the United States Navy as a Lieutenant Colonel. He was a Seabee and served in Guam as Chief Medical Officer. After 3 years of service, he was honorably discharged in 1979. Dale spent 16 years in private practice as a primary care physician in Farmington, MO. He then completed a residency in anesthesia and became the chief of the anesthesiology department at Kaiser Permanente, Fresno, CA. In 2004, Dale and Linda moved to Owasso, and he became a founding physician at Bailey Medical Center where he continued to practice until his death. Throughout his years, Dale was nominated for numerous honors within his profession. Dale’s desire during his professional life was to participate in the process of improving the integrity and quality of patient care. Because of this, he was an active member of boards and associations serving in leadership roles in many of those organizations. Out of his desire to improve and work in his community, Dale served one term as Representative for District 74 in the Oklahoma State Legislature. The following list includes the most recent places of service: • American Osteopathic Association • American Osteopathic Association of Anesthesiologists • American Society of Anesthesiologists • Chairman of Board of Directors at Bailey Medical Center • Medical Director of Anesthesiology at Bailey Medical Center • Oklahoma Osteopathic Association • Tulsa Osteopathic Medical Society Dale loved his family, and his greatest joy was being with his children and grandchildren celebrating holidays as the family gathered together. He and Linda loved fishing and taking adventurous historical trips—sometimes on their own and sometimes with their grandchildren. He loved to teach his grandchildren about God, country, and politics. He always said, “he never worked a day in his life because he loved his profession so much it wasn’t like work.” But he loved the Lord even more, his wife he affectionately called ‘Lynny’, his children, his grandkids, family and friends. Visitation will be held from 4:00 p.m. to 8:00 p.m. Saturday, August 28, 2021, at Rejoice High School Auditorium in Owasso, Oklahoma. Funeral service will be held 2:00 p.m. Sunday, August 29, 2021, at Rejoice High School Auditorium in Owasso, Oklahoma. The family requests memorial contributions be made in Dale’s memory to Rejoice Foundation Christian Education Fund, 13413 East 106th Street North, Owasso, OK 74055, Rejoice Church: Wade and Tiffany Goodwin, 13413 East 106th Street North, Owasso, OK 74055 or Folds or Honor Foundation, 5800 North Patriot Drive, Owasso, OK 74055. Arrangements and services were entrusted to Mowery Funeral Service of Owasso. www.moweryfs.com.

Dr. George Dale Derby, aged 72 of Owasso, OK, entered into eternal rest on August 24, 2021. He was born on September 25, 1948, in Eldon, Missouri to the late Donald and Lucille Baker Derby. In addition to his parents, he was preceded in death... View Obituary & Service Information

The family of Dr. Dale Derby created this Life Tributes page to make it easy to share your memories.

Send flowers to the Derby family.