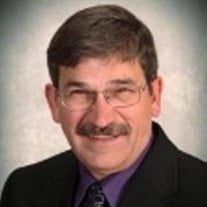 Earl Kuppinger was born on September 8, 1948, in Sewickley, Pennsylvania to Earl Frederick Kuppinger and Carrie “Virginia” (Gray) Kuppinger. He passed from this life on Tuesday, November 16, 2021, in Muskogee, Oklahoma at the age of 73 years. Earl was raised and educated in Ambridge, Pennsylvania and graduated with the Ambridge High School Class of 1968. After high school he enlisted and served his country honorably in the United States Army during the Vietnam War. Earl returned home to Pennsylvania and attended Pittsburg Institute of Aeronautics where he earned his A&P Mechanical License. He was married in Wichita, Kansas on December 22, 1973, to Debra Dawn (Fuller) Kuppinger. While in Wichita, Earl worked for Cessna then LearJet until 1986. Earl spent most of his working life as Avionics Crew Chief at American Airlines in Tulsa for 25 years while raising their children in Owasso, Oklahoma. He was a faithful member of Faith Lutheran Church in Owasso for over 35 years. Earl enjoyed dabbling in a variety of past times and especially enjoyed fishing and skiing. He was also a boy scout leader, baseball coach, RC Racecar driver, and RC Pilot. Those he leaves behind who hold many cherished memories include: His Wife; Debra Kuppinger 2 Children; Amanda Kuppinger Andy Kuppinger and wife Crystal 3 Grandchildren; Amara, Alayna, and Brett Sister; Darlene Stepovich and husband John Mother; Virginia Kuppinger He was preceded in death by his father, Earl. Visitation will be held from 1:00 p.m. to 4:00 p.m. on Sunday, November 21, 2021, at Mowery Funeral Service in Owasso. Funeral service will be 11:00 a.m. at Faith Lutheran Church in Owasso with Pastor Mark Neumann officiating. Interment will follow at Memorial Park Cemetery in Tulsa. In lieu of flowers, the family requests donations be made in Earl’s memory to Ernest Childers VA Outpatient Clinic, 8921 S. Mingo. Rd., Tulsa, OK 74133.

Earl Kuppinger was born on September 8, 1948, in Sewickley, Pennsylvania to Earl Frederick Kuppinger and Carrie &#8220;Virginia&#8221; (Gray) Kuppinger. He passed from this life on Tuesday, November 16, 2021, in Muskogee, Oklahoma at the age... View Obituary & Service Information

The family of Earl Kuppinger created this Life Tributes page to make it easy to share your memories.

Earl Kuppinger was born on September 8, 1948, in Sewickley, Pennsylvania...

Send flowers to the Kuppinger family.