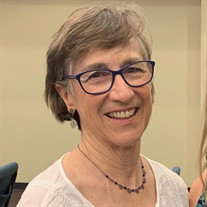 Gayle Ledbetter Temple was born June 22, 1949, in San Antonio, Texas to Robert William “Will” Ledbetter and Mildred “Mikki” (Kossey) Ledbetter. She died Thursday, May 7, 2020, in Tulsa, Oklahoma, at the age of 70 years. Gayle was raised and educated in the Houston, Texas area and graduated with the Houston Memorial High School Class of 1967 where she formed lifelong friendships on the Markette Drill team. She went on to earn her Bachelor of Science in Nursing from Texas Christian University in Fort Worth, Texas in 1971. She was also a proud member of the Delta Gamma Sorority at TCU. Gayle spent most of her working life as a registered nurse with various practices in the Houston area. She was married in Houston on April 3, 1993 to Joseph M. Temple, Jr. They moved to Owasso, Oklahoma from Galveston, Texas in 2018 and joined Owasso First United Methodist Church. Gayle was passionate about service to other people, volunteering on missions to South America since she was 16, and church youth mission work later in life. In her spare time, she enjoyed volunteering at Moody Gardens in Galveston. Those she leaves behind who hold many cherished memories include: Husband; Joseph Temple, of Owasso, Oklahoma 4 Children; Nicholas Diaz and wife Erin, of the Greater Washington D.C. Area Ben Diaz and wife Katherine, of Baton Rouge, Louisiana Susanne Kimball and husband Michael, of Oklahoma City, Oklahoma Buck Temple and wife Jessi, of Skiatook, Oklahoma 2 Grandchildren; Benjamin Diaz Grace Kimball Brother; Ron Ledbetter and wife Julie She was preceded in death by her parents, Will and Mikki. A memorial service will be held at a later date at First United Methodist of Owasso, Oklahoma. In the meantime, in lieu of flowers, the family requests that donations can be made to Gayle’s preferred charity, Christmas Everyday Fund maintained by First United Methodist Church of Owasso in the Give section of the https://www.fumcowasso.org website.

The family of Gayle Ledbetter Temple created this Life Tributes page to make it easy to share your memories.

Send flowers to the Temple family.