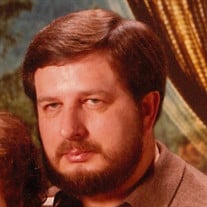 Gaylon “Lenny” Ingram was born October 25, 1944, in St. Joseph, Missouri, to Arthur Lewis and Mildred Louise Thomas Ingram. He passed away Sunday, February 16, 2020, in Tulsa, Oklahoma, at the age of 75 years. Lenny was a veteran of the armed forces having served his country honorably with the United States Air Force. He was married February 28, 1966, at Larson AFB in Washington to Janet Marie Phipps Ingram. He spent much of his working life as an engineer with Boeing, but also held jobs with Bama Foods and St. John Hospital. He was a member of The Church of Jesus Christ of Latter-day Saints. He enjoyed a variety of pastimes including spending time outside fishing and camping. He also held an avid interest in guns. Those he leaves behind who hold many cherished memories include: Three sons; Richard Ingram and wife Cynthia, of Claremore, Oklahoma, Steve Ingram and wife Kelly, of Yukon, Oklahoma, Tim Ingram, of Tulsa, Oklahoma Two nieces; Laura Jackson and Katy Jackson Grandchildren; Whitney Ingram, Bailey Ingram and wife Shannen, Spencer Ingram and wife Samara, Amie Ingram, Mikayla Ingram, Courtney Ingram, and Zachary Ingram Sister; Joan Ingram, of Chouteau, Oklahoma Brother; Charles Ingram He was preceded in death by his parents, Arthur and Mildred, wife, Janet, and sister, Earline. Funeral service will be held 1:00 p.m. Friday, February 21, 2020, at The Church of Jesus Christ of Latter-day Saints, in Claremore, Oklahoma. Dedication of the grave and interment will follow at Lone Elm Cemetery in Claremore, Oklahoma. Arrangements and services were entrusted to Mowery Funeral Service of Owasso. www.moweryfs.com

The family of Gaylon Lewis Ingram created this Life Tributes page to make it easy to share your memories.

Send flowers to the Ingram family.