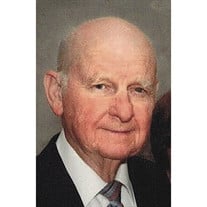 ' George Farris Baker, Jr., was born June 29, 1934, in Oklahoma City, Oklahoma, to George Farris, Sr., and Jeannette Lucille (Martyn) Baker. He died Tuesday, May 10, 2016, at Oologah, Oklahoma, at the age of 81 years. George was reared and educated in Talala, Oklahoma, and graduated with the Talala High School Class of 1952. During his school years he was very active in the local 4-H showing cattle. He was a talented athlete and attended Oklahoma State University, formerly Oklahoma A & M, where he lettered in basketball playing for the legendary coach Henry P. Iba. He earned his Bachelor's Degree in animal husbandry. He also was a talented singer and played the role of Jud in the university production of"Oklahoma.Ã¢â‚¬Â He also became a leader in the ROTC program, graduating at the rank of Cadet Colonel. He married his high school sweetheart, Vera Joy Hayes on July 26, 1953, in Winganon, Oklahoma, and they made their home in Talala where he had lived since 1943. He was commissioned as an officer in the United States Air Force and was selected for a prestigious pilot program where he became a fighter pilot and later flew the first JET mission in the Vietnam War. He and his family were sent overseas where he flew in Europe and Africa before returning to the U.S. to attend graduate and law school at the University of Tulsa. He was a longtime faithful member of Talala Christian Church where he took part in bible study and sang in the choir. George was also a beloved educator and spent 22 years teaching at both Owasso and Nowata public high schools. He enjoyed a variety of pastimes such as reading, playing Scrabble, watching Jeopardy with his wife Vera, and fishing. He was an avid fisherman his entire life and rarely passed up an opportunity to get out on the lake. He loved to share his passion and fishing expertise with anyone and everyone. He was also diligent in keeping in touch with his fighter pilot buddies and attended their reunions. Music was another enjoyment, particularly classical music; and he always seemed to be whistling or singing a tune. Loving family members include:His wife of over 62 years; Vera of the homeFour sons and daughters-in-law; George and Joanna Baker, of Tulsa James and Vera Baker, of Carlsbad, California Joel and Stephanie Baker, of Talala Jerry and Susan Baker, of Punta Gorda, Florida14 GrandchildrenSix Great grandchildrenHe was preceded in death by his parents and a sister, Shirley Hand. Funeral services will be held 10:00 a.m., Saturday, May 14, 2016, at First Church in Owasso with Pastor Tom Jones officiating. Private family disposition will be held at a later date. The family requests memorial contributions be made to the George Baker Memorial Fund, c/o RCB Bank, 12200 East 96th Street North, Owasso, OK 74055. Arrangements and services were entrusted to Mowery Funeral Service of Owasso.www.moweryfs.com '

The family of George Farris Baker created this Life Tributes page to make it easy to share your memories.

Send flowers to the Baker family.