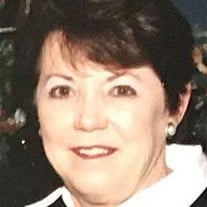 Glenda Earlene (Cline) Connor was born October 21, 1939, in Shawnee Oklahoma to Earl Martin Cline and Vera Fern (Smith) Cline. She passed from this life on Sunday, October 20, 2019, in Owasso, Oklahoma at the age of 79 years. Glenda was raised in Shawnee, then El Centro, Hermosa Beach and Venice Beach, California and finally in Wichita Kansas. Glenda was able to skip from first grade to fourth grade while in elementary school in California, and graduated from Wichita North High School with the Class of 1956. Glenda met her husband Gaylord in 1957 and they were married on March 1, 1958 in Wichita. They moved to Gaylord’s hometown of Newton, Kansas where they lived and raised their family. They retired to Hilton Head, South Carolina in 1991 until moving to Denton, Texas in 2005 to be closer to their family. Glenda was known for her high standards in all areas of her life and expected the same from her children and grandchildren. She taught her kids what it meant to work hard, take care of what you have and that anything worth doing was worth doing right. Glenda loved to travel, loved to learn and loved to play golf at new destinations. She was active with the PTA in her earlier years and received a lifetime membership in the National PTA organization. Glenda also taught the same Sunday school class at St Matthew’s Episcopal Church in Newton from their kindergarten thru their high school years. Glenda ran for and was elected as a Republican committee women and served for many years. Glenda attended Wichita State University after her children were in college to study French, then studied abroad two summers at the University of Strasburg in Strasburg, France. More recently she enjoyed volunteering for the Humane Society and ASPCA shelters and as Meals on Wheels. She had a life-long passion for animals, and most recently her precious French bulldog Piper. She enjoyed a variety of pastimes such as playing Mahjong, bridge, tennis and golf where she was a club champion 2 years in a row. She had a generous heart for those she knew. She leaves behind: 3 Children: Kim Dorrough and husband David, of Owasso. Oklahoma Kip Connor and wife Lu Ann, of St. Charles, Missouri Christy Shoemaker and husband Brian, of Granbury, Texas 8 Grandchildren: Whitney Larkin and husband Craig, of St. Louis, Missouri Robert Dorrough and wife Claire, of Tulsa, Oklahoma Taylor Biondo and husband Addison, of St. Charles, Missouri Jordan Ahrens and husband Shane, of Moore, Oklahoma Sydney Connor, of St. Charles, Missouri Carson Lakey and husband Tyler, of The Colony, Texas Hannah Bajier and husband Tommy, of St. Louis, Missouri Connor Kennedy, of Dallas Texas Great Grandchildren: Eli Larkin, Vivien Larkin, Adalynn Biondo and baby boy-to-be Biondo, Evelyn Bajier and two foster Ahrens children Sister Gayle Poole and husband Dan, of Wichita, Kansas and various nieces and nephews She was preceded in death by her parents, Earl and Vera, husband, Gaylord, and her brother, Gary. Arrangements were entrusted to Mowery Funeral Service of Owasso. No services are being planned at this time. The family suggests gifts in Glenda’s memory be given to: Parkinson’s Foundation 200 SE 1st Street Suite 800 Miami, Florida 33131 Parkinson.org

Glenda Earlene (Cline) Connor was born October 21, 1939, in Shawnee Oklahoma to Earl Martin Cline and Vera Fern (Smith) Cline. She passed from this life on Sunday, October 20, 2019, in Owasso, Oklahoma at the age of 79 years. Glenda was raised... View Obituary & Service Information

The family of Glenda Earlene (Cline) Connor created this Life Tributes page to make it easy to share your memories.