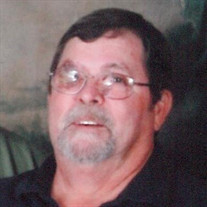 Jerry Ray Barham was born August 29, 1944, in Spearman, Texas, to Willie Clifton and Hazel Olive Rummel Barham. He died Friday, June 8, 2018, in Owasso, Oklahoma, at the age of 73 years. Jerry was reared and educated in Oklahoma City, Oklahoma, and was a graduate of John Marshall High School. He was a veteran of the armed forces having served his country honorably with the United States Air Force. He was married January 9, 1967, in Aberdeen, South Dakota, to Susan Dougherty. They had made their home in Owasso, Oklahoma, since 1977. They have been longtime faithful members of First Church Owasso, formerly First Christian Church. Jerry spent a majority of his working life in the field of electrical engineering. He concluded his career retiring from the State of Oklahoma in highway maintenance as a lab technician. He enjoyed a variety of pastimes including collecting coins and was very passionate about recycling. He also enjoyed square dancing and spending time woodworking. He was extremely fond of his role as Grandpa and storytelling to his grandkids. Those he leaves behind who hold many cherished memories include: His wife of over 51 years: Sue, of the home Three sons and daughters-in-law: Jerry Barham Jr. and Tara, of Owasso Billy Barham and Andra, of Owasso Bobby Barham and Tracy, of Mansfield, Texas Grandchildren; Meghan Barham, Dustin Barham, Railee Barham, Rebekah Barham, and Sarah Barham Sister and brother-in-law; Vera and Don Fleming, of Norman, Oklahoma He was preceded in death by his parents, sister, Mary Tarver, brother, Jimmie Barham, and grandson, Skyler Barham. Funeral service will be held 3:00 p.m. Thursday, June 14, 2018, at First Church Owasso with Pastor Ben Killion officiating. The family requests memorial contributions be made to the First Church Building Fund, 10100 North Garnett Road, Owasso, Oklahoma, 74055. Arrangements and services were entrusted to Mowery Funeral Service of Owasso. www.moweryfs.com

The family of Jerry Ray Barham created this Life Tributes page to make it easy to share your memories.

Send flowers to the Barham family.