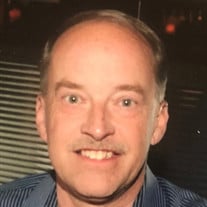 Jimmie “Jim” Crow, M.D., F.A.C.S. was born on July 18, 1953, at Lockbourne Air Force Base in Columbus, Ohio to Jimmie Neale Crow and Patricia Lucille (Hoover) Crow. He passed from this life on Sunday, October 17, Owasso, Oklahoma at the age of 68 years with his wife at his side. Jim was raised and educated in Wichita, Kansas and graduated with the Wichita Heights High School Class of 1971. He then went on to attend Wichita State University where he graduated Summa Cum Laude with a bachelor’s degree in chemistry and biology with a minor in math and German. He was accepted and attended Kansas University Medical School in Kansas City, Missouri. There, he completed his clinicals and graduated in 3 years receiving his Medical Doctorate degree. Then he was accepted into the surgical residency program at Truman Medical Center in Kansas City, Missouri where he graduated after 5 years in general surgery and became a Board Certified General Surgeon. Jim was married on February 3, 1979, in Kansas City, Missouri to his love, Maclyn Crow. Jim spent two years as an Adjunct Professor of Surgery at Truman Medical Center in Kansas City, Missouri while completing his two-year Surgical Oncology Fellowship training. Jim then spent 5 years working for himself as a Surgical Oncologist and a Trauma Surgeon in Rocky Mount, NC with his wife as his surgical assistant and practice administrator; and, then spent the next six years as the Chief of Surgery, Surgical Oncology and Director of Metabolic Support with Cancer Treatment Centers in Tulsa while teaching as Assistant Associate Professor of Surgery at OU and OSU in Tulsa during the 90’s. He took a position in Colorado Springs with a busy Trauma group while teaching CU medical students and residents. Also, while at Colorado Medical University, he was Proctor of Medical Students. He also taught ATLS to physicians to be certified in Trauma Care. He was honored throughout his career with many awards with the most recent being: 2006 & 2007 America’s Top Surgeon for Surgical Oncology & General Surgery; along with the 2007 America’s top Oncologists. The Fellowship of the American College of Surgeon’s appointed Jim to be their CO Chairman in Colorado for numerous years to interview future Fellow Candidates for the Fellowship appointment. Jim and Maclyn worked side by side for 38 years as their surgical service to God. Jim went on numerous Medical/Surgical Mission trips to help the needy. He and his wife had recently moved back to the Tulsa area to be close to their children and grandchildren. He had most recently been attending First Baptist Church in Owasso. Jim enjoyed a variety of past times such as backpacking, painting, photography, scuba diving, traveling, reading, but most of all he loved spending time and laughing with his family. Those he leaves behind who hold many cherished memories include: His Wife; Maclyn Crow 4 Children; Andrea McNulty and husband Aaron Neal Crow and wife Rindi Jessica Stevens and husband Christopher Jay Therrien 7 Grandchildren; Parker Crow and Kilien Crow Faith Holt and Madison Holt Christopher Stevens, Hayden Stevens and Harleigh Stevens Siblings; Michael Crow and wife Candy Kimberly Talley He was preceded in death by his parents, Jimmie and Patricia, and brother-in-law, Ron Talley. Visitation will be held from 2:00 p.m. to 4:00 p.m. on Sunday, October 24, 2021, at Mowery Funeral Service in Owasso. Funeral service will be held 1:00 p.m. on Monday, October 25, 2021, at First Baptist Church in Owasso with Pastor Chad Balthrop officiating. Graveside service and interment will follow at Graceland Memorial Park Cemetery in Owasso. In lieu of flowers, the family requests donations be made in Jim’s memory to Samaritan’s Purse, P.O. Box 3000, Boone, North Carolina 28607, or The Mission – FBCO, 11341 N. Garnett Rd., Owasso, OK 74055.

The family of Jimmie "Jim" Ray Crow, M.D., F.A.C.S. created this Life Tributes page to make it easy to share your memories.