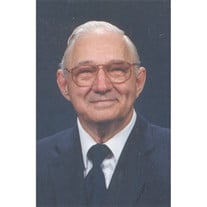 ' John C. â€œJackâ€ Hewitt was born December 22, 1928, to Tom C. and Marie G. (Nicholas) Hewitt in Parsons, Kansas. He passed from this earth November 17, 2014, in Owasso, Oklahoma, at the age of 85 years. Jack grew up in portions of Colorado and Kansas. He was a veteran of the armed forces having served his country honorably with the United States Army and traveled overseas. He was married April 19, 1949, in Chanute, Kansas, to Dolores Ann Lovett. They moved to Tulsa in 1961, eventually making their homestead in Owasso, Oklahoma, in 1976. Jack worked for the Santa Fe Railroad as a switchman for over 35 years before retiring in 1990. He was a charter member of Freedom Baptist Church in Owasso, a member of the Owasso Masonic Lodge, and was a lifelong amateur radio operator. He enjoyed building model railroads, gardening, and woodworking. His favorite pastime was spending time with his granddaughter.Left to mourn his passing are:Daughter; Jacquelynn â€œJackieâ€ HewittGranddaughter; Vivianne Hewitt, both of the homeTwo sisters; Dorothy Springer and her husband Lee, of Independence, Kansas Phyllis Baker and her husband John, of Pleasant Hill, CaliforniaSister-in-law; Imogene Hewitt, of Abilene, KansasAnd a host of nieces, nephews, and other relativesHe was preceded in death by his parents, his wife, and two brothers, Don C. Hewitt of Kansas and Delbert L. Hewitt of Montana. Visitation will be held from 9:00 a.m. to 2:00 p.m. with funeral services beginning at 2:00 Thursday, November 20, 2014, at the Mowery Funeral Service Chapel in Owasso with Pastor Andrew Rankin officiating. Committal services and interment will follow at Fairview Cemetery in Owasso. The family requests memorial contributions be made to the American Heart Association, 2227 East Skelly Drive, Tulsa, OK 74105, or Meals on Wheels of Metro Tulsa, 12620 East 31st Street, Tulsa, OK 74146. Arrangements and services were entrusted to Mowery Funeral Service of Owasso.www.moweryfs.com '

The family of John Hewitt Jack created this Life Tributes page to make it easy to share your memories.

Send flowers to the Hewitt family.