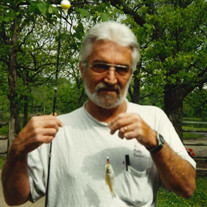 John “Johnny” Earnest Fugate was born on January 8, 1943, in Tulsa, Oklahoma to Earnest Ambrose Fugate and Mildred “Mike” Ann (Pease) Fugate. He died on Tuesday, February 22, 2022, at his home in Tulsa, Oklahoma at the age of 79 years. Johnny was raised and educated in Tulsa and graduated with the Edison High School Class of 1961. He then enlisted and served in the United States Army Reserve. He was married on June 5, 1964, at Southern Hills Baptist Church in Tulsa to Karen Lynne (Fox) Fugate. Johnny worked for his father from the early age of 15 at Fugate Oil Company in Tulsa for over 30 years. He then went on to work at American Airlines until his retirement after 22 years. Johnny enjoyed a variety of past times such as working on his farm, raising cattle, harvesting pecans, and going to the lake and water skiing, but most of all he loved spending time with his family and especially his grandchildren. Those he leaves behind who hold many cherished memories include: His wife of over 57 years; Karen Fugate 3 Children; John Fugate and wife Julia Melissa Moryl and husband Robert Bart Fugate and Laura Stanfield 7 Grandchildren; Bryce, Bret, Brooke, Faith, Braxton, Kyle, and Kayla. Great Grandson; Dexter He was preceded in death by his parents, Earnest and Mildred. Visitation will be held from 4:00 p.m. to 6:00 p.m. on Thursday, February 24, 2022. Funeral service will be 10:00 a.m. on Friday, February 25, 2022. Both will be at the Mowery Funeral Service Chapel in Owasso.

The family of John "Johnny" Earnest Fugate created this Life Tributes page to make it easy to share your memories.

Send flowers to the Fugate family.