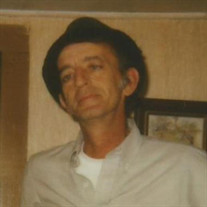 OBITUARY FOR JOHNNY BATES Johnny Lee Bates was born October 9, 1941, to John Carlisle and Martha Ella Bingham Bates in Shady Point, Oklahoma. At the age of 79, he died Sunday, November 1, 2020, in Tulsa, Oklahoma. Johnny graduated from Panama High School with the class of 1959, in Panama, Oklahoma. He married Phyllis Elane Taylor on May 21, 1965, in Tulsa, Oklahoma. He spent a majority of his working life with the State of Oklahoma with the Department of Human Services as a Visual Services Supervisor. In 1977, Johnny and Phyllis moved to Owasso, Oklahoma, where they resided together upon his passing. He enjoyed a variety of pastimes with great interest in coaching his children, Stephen and Leslie, in soccer. He served for a short time as a lay coach with Owasso High School Soccer (in 1986 and 1987) and coached in various competitive leagues throughout Green Country, including Owasso Rams Classic Teams (’67, ’68, ’69, and ’70) and Tulsa Black Watch United (’73, ’76 and ’78). He was an avid Oklahoma Sooner football fan and was extremely fond of his role as “Grandpa”. Johnny and Phyllis attended Silver Creek Church of the Nazarene in Owasso. Those he leaves behind who hold many cherished memories include: His loving wife of over 55 years; Phyllis, of the home Son; Stephen Bates and his wife Sarah, of Colleyville, Texas Daughter; Leslie Benda, of Forney, Texas Five grandchildren; Brandon Bates, Blake Bates, and Emma Bates Raegan Benda, and Elise Benda Brother; Reve Bates, of Panama, Oklahoma He was preceded in death by his parents, infant daughter, Stephanie Lynn Bates, in 1966, infant son, John Michael Bates, in 1967, brothers, Bethel Bates, Harrell Bates, Jay Bates, Rufus Bates, and Jimmy Bates, and sister, Kathryn Guy. Visitation will be held from 4:00 p.m. to 8:00 p.m. Wednesday, November 4, 2020, at Mowery Funeral Service in Owasso. Funeral service will be held 10:00 a.m. Thursday, November 5, 2020, at the Silver Creek Church of the Nazarene with Pastor R.J. Droese officiating. Serving as casket bearers will be Brandon Bates, Darrin Braggs, Matthew Dickinson, Jody Graham, Steve Khan, and Eric Teater. Graveside service will be held 2:00 p.m. Thursday afternoon at the Old Bokoshe Cemetery in Bokoshe, Oklahoma. Arrangements and services were entrusted to Mowery Funeral Service of Owasso. www.moweryfs.com

The family of Johnny Lee Bates created this Life Tributes page to make it easy to share your memories.

Send flowers to the Bates family.