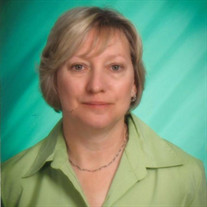 Judy Lynn Hitt was born on February 28, 1955, in Alvin, Texas to James Norman Taylor and Marjorie Julie (McKeag) Taylor. She passed from this life on Tuesday, December 14, 2021, in Tulsa, Oklahoma at the age of 66 years. Judy was raised and educated in Alvin and graduated with the Alvin High School Class of 1973. She went on to earn a Bachelor’s Degree in Education from Texas Lutheran College in Seguin, Texas. She then moved to Matteson, Illinois, where she married and had 2 children, Christi and Steven. She began working at Cornerstone Christian School in Chicago Heights, Illinois as a teacher. Judy earned a Master’s Degree in Education from Governors State University and became the principal at Cornerstone. Judy was married in Homewood, Illinois on November 27, 1988, to Jonathan Garwood Hitt. She moved to her home in Owasso in July of 2003 and taught for several years at Summitt Academy and Rejoice Christian. She was a faithful member of Hope Chapel in Owasso. Judy enjoyed a variety of past times such traveling, biking, scrapbooking, gardening, and being involved in church ministries. She leaves behind many family members and friends who will cherish her memory. Judy is survived by: Her loving Husband, Jonathan Hitt Two children, Christi Smith Wyatt and Steven Smith and his wife Kari Smith Two stepsons, Derek Hitt and Evan Hitt Four Grandchildren, Elizabeth Wyatt, Ethan Wyatt, Charlotte Smith, and Owen Smith Two Sisters, Barbara Lenamon and Glenda Swink She was preceded in death: by her parents, James and Marjorie, and brother, James Norman Taylor, Jr. Funeral Service will be held at 11:00 a.m. on Monday, December 20, 2021, at Hope Chapel in Owasso with Pastor Don Cason officiating. There will be a visitation at the church one hour prior to the service. In lieu of flowers, the family request memorial donations be made in Judy’s name to Hope Chapel, 11400 E. 116th St. North, Owasso, OK 74055.

Judy Lynn Hitt was born on February 28, 1955, in Alvin, Texas to James Norman Taylor and Marjorie Julie (McKeag) Taylor. She passed from this life on Tuesday, December 14, 2021, in Tulsa, Oklahoma at the age of 66 years. Judy was raised and... View Obituary & Service Information

The family of Judy Lynn Hitt created this Life Tributes page to make it easy to share your memories.

Send flowers to the Hitt family.