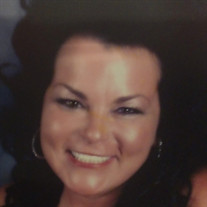 Judy Kay Thompson-Belda was born August 2, 1961, in Flint, Michigan, to James Phillip Robertson, Sr., and Carol June Price. She died Thursday, December 26, 2019, in Tulsa, Oklahoma, at the age of 58 years. Judy moved with her family to Tucson, Arizona, where she completed her secondary education and graduated high school. She continued her education at the University of Phoenix where she earned her master’s degree in business administration. She spent most of her working life as a Graphic Art Director in Tucson. She was married August 19, 2013, to Stephen Belda and made their home in Oceanside, California. Judy enjoyed a variety of pastimes cooking and baking. She particularly enjoyed walking her dog, Cupcake, along the beach. Most important in her life was her love for her family and spending time with friends. Those she leaves behind who hold many cherished memories include: Her husband; Stephen Belda, of the home Children; Tommy Claire and wife Samantha, of Boston, Massachusetts Emily Paige Thompson, of Tucson, Arizona Brother; James Robertson, Jr., of Tucson, Arizona Parents; James, Sr. and Carol Robertson, of Tucson, Arizona A memorial service for Judy will be announced and held at a later date at East Lawn Cemetery, in Tucson, Arizona. The family requests memorial contributions be made in her memory to St. Jude’s Children’s Research Hospital, 501 St. Jude Place, Memphis, Tennessee, 38105. Arrangements and services were entrusted to Mowery Funeral Service of Owasso, Oklahoma. www.moweryfs.com

The family of Judy Kay Thompson-Belda created this Life Tributes page to make it easy to share your memories.

Send flowers to the Thompson-Belda family.