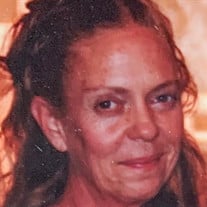 Karen Leonide Roberts was born October 25, 1954, in Claremore, Oklahoma to Eugene M. Veale and Leonide “Lee” (Baraty) Veale. She passed from this life on Tuesday, October 29, 2019, in Tulsa, Oklahoma, at the age of 65 years. Karen was raised and educated in Tulsa and graduated with the Monte Cassino High School Class of 1972. She went on to earn her bachelor’s degree in education from Oklahoma State University in Stillwater, Oklahoma. She was married in Spring of 1983, in Tulsa, Oklahoma to Michael Lee Roberts. Karen spent most of her working life as a school teacher with Tulsa Public Schools for over 31 years. She enjoyed a variety of pastimes such as gardening, sunbathing, reading, and spending time with her children and grandchildren. Those she leaves behind who hold many cherished memories include; Son; Richard “Dutch” Roberts, of Tulsa Daughter; Sara Alexander and husband Jeremy, of Collinsville 3 Grandchildren; Paisley Alexander, of Collinsville Devin Lee Michael Roberts, of Broken Arrow Keaton Alexander, of Collinsville Mother; Lee Veale, of Tulsa She was preceded in death by her father, Eugene, brother, Nicholas, and husband, Michael. Arrangements and services were entrusted to Mowery Funeral Service of Owasso. www.moweryfs.com

The family of Karen Leonide Roberts created this Life Tributes page to make it easy to share your memories.

Send flowers to the Roberts family.