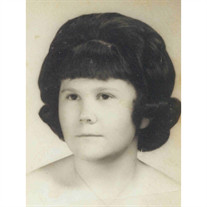 ' Kathryn â€œKathyâ€ Elaine Hall, 66, of Owasso passed away Tuesday, March 10, 2015 after a long battle with cancer. She was born on April 9, 1948 at the Claremore Hospital to parents James Willy and Clara Deloris (Quigley) Hagerty of Nowata, OK. Kathryn attended schools in Chelsea, White Hill, Childers, Nowata, Tulsa Central and graduated with the Alluwe senior class of 1966. On December 9, 1967, Kathryn married William Gene Hall of Nowata, making their first home in Nowata. In 1970 they moved to Tulsa, later moving to Owasso in 1974 where they settled down and bought a house within a brand new housing edition, Wilawood, in now what is considered the old part of town. Kathryn was a longtime church member of the Owasso First Assembly of God, where she worked for 19 years. Kathryn was preceded in death by her parents, brothers â€“ Larry, Jimmy Lee, Rodney, Tommy Jay and daughter Dinah Francis. Surviving include her husband of 47 years William G. Hall of the home; two daughters: Syndie Goodrich and husband Scott of Topeka, KS and Sandra Quinton and husband Jason of Owasso; one son Michael Hall of Tulsa. Eight grandchildren: Caleb Hall, Tyler Griffith, Andrew, Julia, Jett and Jantzen Quinton all of Owasso, Cameron and Ethan Kleine of Tulsa; a sister Patsy Dye of Nowata and brothers Jerry Hagerty of Syracuse, NY and David Hagerty of McAlester, OK. In lieu of flowers, the family requests donations be made to either the American Cancer Society through their website at: https://donate.cancer.org or to Clarehouse of Tulsa, 7617 S. Mingo Road, Tulsa, OK 74133. Visitation for Kathryn will be Sunday, March 15, 2015 at Mowery Funeral Service from 2-6pm and services held Monday, March 16th in the chapel of Mowery Funeral Service at 10:00 AM with Pastor Joe Goodin officiating. Burial will be in the Memorial Park Cemetery in Nowata. Arrangements and services have been entrusted to Mowery Funeral Service of Owasso. www.moweryfs.com '

The family of Kathryn E. Hall Kathy created this Life Tributes page to make it easy to share your memories.

Send flowers to the Hall family.