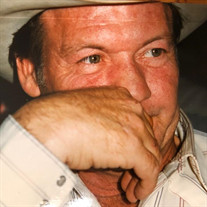 Larry Lee Donaho was born June 16, 1946, in Tulsa, Oklahoma, to Truman Lee and Hazel McGinnis Donaho. He died Saturday, January 5, 2019, in Owasso, Oklahoma, at the age of 72 years. Larry was reared and educate in Owasso, Oklahoma, and graduated with the Owasso High School Class of 1965. He spent most of his working life as a truck driver, mostly with L & L Transportation. He and the love of his life Linda have been together since 1985. He enjoyed a variety of pastimes including being outdoors and tending his calves. Those he leaves behind who hold many cherished memories include: His wife; Linda, of the home Two daughters; Leslie Donaho Hines and husband Jacky, of Owasso Crystal Buchanan and husband Garry, of Owasso Grandchildren; Brittany Luce and husband Tim Kylee Smith, Madison Smith, Meaghan Buchanan, Canaan Donaho-Smith, and Rain Gann Brother; Donny Donaho Mother; Hazel Donaho And a host of other relatives and friends. He was preceded in death by his father, brothers, Tony Donaho, Dannie Donaho, and Dale Donaho, son-in-law, Clay Smith, and two sisters-in-law, Brenda Donaho and Terrie, Donaho. Visitation will be held from 4:00 p.m. to 8:00 p.m. Wednesday, January 9, 2019, at Mowery Funeral Service in Owasso. Funeral service will be held 10:00 a.m. Thursday, January 10, 2019, at the Mowery Funeral Service Chapel in Owasso with Pastor Leonard Pirtle officiating. Serving as casket bearers will be Garry Buchanan, Jacky Hines, Canaan Donaho, Jody Burtin, Tim Luce, and Clint Donaho. Committal service and interment will follow at Graceland Memorial Park Cemetery in Owasso. Arrangements and services were entrusted to Mowery Funeral Service of Owasso.

The family of Larry Donaho created this Life Tributes page to make it easy to share your memories.

Send flowers to the Donaho family.