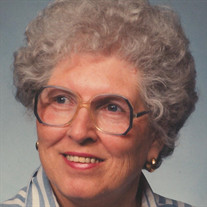 Leda Joyce Sapcut was born April 30, 1929, in Maud, Oklahoma, to Henry George and Florence Mae VanHorn Turner. She died Saturday, March 30, 2019, in Tulsa, Oklahoma, at the age of 89 years. Leda was raised in Prague, Oklahoma, with her parents and her brother, Calvin Turner. Her baby brother, Denver Lee Turner, passed away as an infant. She had many fond memories of growing up close to her Aunt Tootsie and her cousin Herman Ray. She told stories of growing up in the country, playing on top of barn roofs and riding their horse down through the woods. The family moved to Tulsa when Henry got a job with Meadow Gold. She attended Tulsa Central High School where she met her first husband, Don Gregory, Sr. She also made a lifelong friend in Juana Vandiver. Leda raised three children alone after her divorce from Don. She spent all of her time with her kids and served as Den mother at their Boy Scout outings. She was married April 3, 1969, in Tulsa to Leland Virgil Sapcut, and brought their two families together. Leda had her two sons and a daughter and Leland had his three sons. Together they had Lorraine and became the Brady Bunch plus one. She started out her early career working at Alexander and Alexander Insurance in downtown Tulsa. She later spent many years working in concession at the Tulsa County Fairgrounds. She had much fun with her co-workers, it was like one big happy family. She enjoyed seeing many friends that came out to the various concerts, tractor pulls, the Fair, or anything she might be working. Leda enjoyed a variety of pastimes including reading, fishing, and mostly family outings and spending time with her family. Leda was the best Grammy to her grandchildren and spent much time with them at their sporting events, going to the lake, and just babysitting. She was the first person to greet them after school and to hear all about their day. She was a loyal confidante and a great cook. She spoiled her grandbabies with pancakes, donuts, or anything else their hearts desires. Those she leaves behind who hold many cherished memories include: Her daughter and son-in-law; Lorraine and Steve Houck, of Owasso, Oklahoma Grandchildren; Richard Sapcut and wife Rachel George Sapcut and husband Mike Clay Gregory and wife Melissa Camden Houck and wife Destiny Brennen Houck, Raegan Houck, and Rylie Houck Great grandchildren; Stephanie Carr, Cody Sapcut, Lauren Mitchell, Jaxon Browning Ian Gregory, and Chrissy Fuller Great, Great granddaughter; Ellen Carr She was preceded in death by her parents, her husband Leland Sapcut, six children, Karen Gregory, Donald Gregory, Jr., and Mark Gregory, stepsons, George Sapcut, Ronald Sapcut, and Reginald “Beebe” Sapcut, and two brothers, Calvin Turner, and Denver Lee Turner. Visitation will be held from 1:00 p.m. to 5:00 p.m. Sunday, April 7, 2019, at Mowery Funeral Service in Owasso. Funeral service will be held 10:30 a.m. Monday, April 8, 2019, at the Mowery Funeral Service Chapel in Owasso with Pastor Matt Thomason officiating. Committal service and interment will follow at Rose Hill Memorial Park in Tulsa. Arrangements and services were entrusted to Mowery Funeral Service of Owasso.

Leda Joyce Sapcut was born April 30, 1929, in Maud, Oklahoma, to Henry George and Florence Mae VanHorn Turner. She died Saturday, March 30, 2019, in Tulsa, Oklahoma, at the age of 89 years. Leda was raised in Prague, Oklahoma, with her parents... View Obituary & Service Information

The family of Leda Joyce Sapcut created this Life Tributes page to make it easy to share your memories.

Send flowers to the Sapcut family.