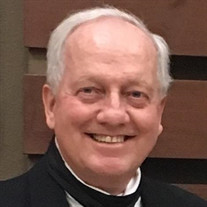 Lyle Dale Sybert was born August 25, 1955, in St. Joseph, Missouri, to Claude and Georgetta (Robison) Sybert. He died Sunday, February 16, 2020, in St. Louis, Missouri, at the age of 64. Lyle attended high school in Rosendale, Missouri, and graduated in 1973. While attending college, he met Laurie Evans and they were married in Lenox, Iowa, on August 9, 1975. He studied Music Education at Missouri Western State College in St. Joseph, Missouri, where he earned his bachelor’s degree. After teaching music for several years in Iowa, he decided to pursue school administration and completed his Master’s degree in Administration and Specialist in Education through Northeast Missouri State University in Kirksville, Missouri. He served as an elementary principal at schools in Eugene and Bowling Green, Missouri before becoming elementary principal at School of the Osage in Lake Ozark, Missouri, where he impacted the lives of students and families in the Lake community for 22 years. Following his retirement, he served as an academic advisor at Columbia College, fostering the growth of new teachers. In 2013, he and Laurie relocated to Owasso, Oklahoma, to be closer to family. Family and friends were always important to Lyle. When not at the school, Lyle could be found playing the piano, singing with his girls, or lending a helping hand to someone in need. He enjoyed being a grandpa and filled his time with his grandkids, fishing, reading books, and playing cards (he showed no mercy!). He was an active member of his church home, teaching Sunday School, leading worship, and directing choir. He will be deeply missed by his friends, family, and all who knew him. Those he leaves behind who hold many cherished memories include his wife of over 44 years, Laurie; their three daughters, Larissa Cutsinger and husband John, of St. James, Missouri, Lynsi Garvin and husband Nathan, of Arlington, Virginia, and Lainee Norris and husband Barrett, of Owasso, Oklahoma; six grandchildren (Wyatt and Walker Cutsinger, Jack and Caroline Garvin, and Milo and Ingrid Norris); his brother, Gail Sybert and wife Bonnie, of Rosendale, Missouri; his sister, Carol Baird and husband David, of Maryville, Missouri; his twin brother, Lloyd Sybert, of Bolckow, Missouri; and many nieces and nephews. He was preceded in death by his daughter, Lauren Michelle Sybert; his parents, Claude and Georgetta Sybert; and his mother and father-in-law, Leo and Marge Evans. Funeral service will be held at 11:00 a.m., Thursday, February 20, 2020, at First Baptist Church in Owasso, Oklahoma. The family will greet and receive friends one hour prior to service time. Serving as pallbearers will be: Wyatt Cutsinger, Walker Cutsinger, Jack Garvin, Milo Norris, John Cutsinger, Barrett Norris, and Nathan Garvin. Graveside service will be held at 2:00 p.m. Friday, February 21, 2020, at the North Fairview Cemetery in Lenox, Iowa. Memorial contributions can be made to the American Cancer Society’s Hope Lodge in St. Louis, Missouri. Hope Lodge provides free housing for cancer patients and their families as they undergo treatment away from home. Arrangements and services were entrusted to Mowery Funeral Service of Owasso. www.moweryfs.com

The family of Lyle Dale Sybert created this Life Tributes page to make it easy to share your memories.

Send flowers to the Sybert family.