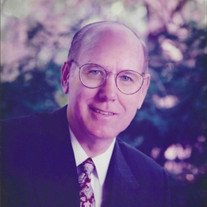 Lyn Ritter was born September 8, 1933, in Box, Oklahoma, to Albert Creed and Lelah Ethel McFarland Ritter. He died Saturday, July 24, 2021, in Owasso, Oklahoma, at the age of 87 years. Lyn completed his secondary education in Vian, Oklahoma, and graduated with the Vian High School Class of 1951. He served his country honorably with the United States Army, primarily serving in Japan. Upon his return he continued his education at Connors State College in Warner, Oklahoma, from 1956-1958. He was married September 14, 1957, in Vian, Oklahoma, to Faye Pope. He continued his studies at Northeastern State University in Tahlequah, Oklahoma, where he earned his Bachelor of Arts Degree in education. Lyn began his career in education as a teacher at Elm Grove Schools from 1960-1962, then Blackgum Schools from 1962-1967. He was a teacher and principal at Liberty Mounds Schools from 1967-1972. It was in 1972 that he and Faye made their home in Owasso, Oklahoma, and he began a long career as principal of Ator Heights Elementary School, before his retirement in 1987. He also earned his Master of Education Administration from the University of Tulsa in 1974. After retirement, Lyn was the owner operator of The Gift Shop in Owasso. He also worked in real estate for a short time before working at Triad Eye Clinic for 10 years. Lyn and Faye have been faithful members of Bethel Baptist Church in Owasso since 1972. Lyn enjoyed a variety of pastimes including fishing, golfing and watching baseball, but gospel music was his greatest interest, whether composing, publishing, or singing. He was gifted with the ability to play the piano, guitar, and bass guitar. He played the bass in a band with his brothers, The Ritter Brothers, and sang with the gospel quartet, The Believers. Those he leaves behind who hold many cherished memories include: His loving wife of over 63 years; Faye, of the home Two daughters; DeLynda Lyda and husband Van, of Broken Arrow, Oklahoma Lisa Stuckey and husband Tim, of Broken Arrow, Oklahoma Grandchildren; Kari Sumpter and spouse Gayelynn Head, of Tulsa, Oklahoma Zach Stuckey and wife Amanda, of Broken Arrow, Oklahoma Erika Patterson and husband Doug, of Tulsa, Oklahoma Kaleb Stuckey and wife Kelley, of Broken Arrow, Oklahoma Step grandchildren, Lucy Lyda and Levi Lyda Great Grandchildren; Brooklyn and London Patterson Stetson Stuckey Norah Stuckey Brother; Jerald Ritter and wife Lola, of Vian, Oklahoma Sister-in-law; Kathy Ritter He was preceded in death by his parents, siblings, Herman Ritter, Lovely Ritter, Merel Ritter, Wilma Ritter Elbon, TJ Ritter, Billie Ritter, his twin, Glyn Ritter, and Ruby Ritter Adams, daughter, Terisa Faye Ritter, and granddaughter, Tara Brooke Stuckey. Visitation will be held from 4:00 p.m. to 8:00 p.m. Tuesday, July 27, 2021, at Mowery Funeral Service in Owasso. Funeral service will be held 10:00 a.m. Wednesday, July 28, 2021, at Bethel Baptist Church in Owasso with Pastor Dale Ritter and Pastor Bill Ascol officiating. Serving as casket bearers will be Darryl Ritter, Randy Ritter, Ronnie Ritter, Terry Ritter, Allen Ritter, Steve Ritter and Jerry Ritter. Graveside service will be held 2:00 p.m. that afternoon at Box Cemetery in Vian, Oklahoma. The family requests memorial contributions be made in Lyn’s name to Parkinson’s of Oklahoma, 3702 North MLK Boulevard, Cottage #7, Tulsa, Oklahoma, 74106. Arrangements and services were entrusted to Mowery Funeral Service of Owasso. www.moweryfs.com

The family of Lyn Ritter created this Life Tributes page to make it easy to share your memories.

Send flowers to the Ritter family.