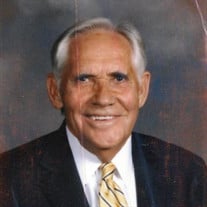 Melvin Dale Spencer was born April 9, 1946, in Gans, Oklahoma, to Boyd M. and Edith Mae Henry Spencer. He went to be with his Lord and Savior Jesus Christ on Wednesday, April 28, 2021, in Tulsa, Oklahoma, at the age of 75 years. Melvin moved with his parents to Owasso, Oklahoma, in 1953, at which time his longtime legacy began. He completed his secondary education at Owasso High School graduating with the class of 1964. During his school years he was a three-year starter in baseball and basketball, and the first sophomore to start for legendary coach J.V. Haney. He continued his education at Oklahoma Military Academy in Claremore, Oklahoma. He then attended Northeastern State University in Tahlequah, Oklahoma, where he continued playing college baseball. Melvin married the love of his life, Patsy Jost, on August 26, 1966, in Owasso, where they have made their home together since that time. He was a teacher with Owasso Public Schools for over 40 years. He resurrected a baseball program that dominated in the 1970’s, coaching the Owasso Rams Baseball team for 13 years. He compiled a career win-loss record of 303-116. His teams won 20 or more games each year he coached, making nine state tournament appearances. His 1973 and 1975 teams won the Oklahoma Class 3A State Championships, and the 1978 squad finished as the 3A State Runner-up. He was the Oklahoma Coaches Association “Coach Of The Year” in 1975, and was honored as District “Coach Of The Year” four times. He was selected as the North All-State Coach in 1979. During his career he produced seven All-State players and two professional players. He also coached Owasso football, basketball, and ladies softball. He, together with Ted Vancuren, was instrumental in starting the Fellowship of Christian Athletes in Owasso. Melvin was a successful businessman, and for many years owned and operated Spencer’s Shortstop. He and Patsy were honored as Owasso Mr. and Mrs. Trail Days in 2012. Melvin was nominated and inducted to the Owasso Athletic Hall of Fame in the inaugural Class of 2010. He was inducted to the Oklahoma Coaches Hall of Fame for Distinguished Service in 2018. Melvin was a man of strong Christian faith and had been an active member of Discovery Church, formerly Westport Mennonite Brethren Church, in Owasso, and in recent years with First Baptist Church in Owasso. Anyone who knew or played ball for Melvin, knew of his unwavering character and his belief in Biblical principles. He enjoyed a variety of pastimes, most of which involved being outdoors, including spending time on the golf course. He was always an Owasso Ram Fan and could often be seen at ball games, especially for Ram baseball. He dearly loved his family and was especially fond of his role as “Papa”. Those he leaves behind who hold many cherished memories include: His wife of over 54 years; Patsy, of the home Daughter and son-in-law; Kim and Steve Parker, of Owasso, Oklahoma Granddaughter; Ella Kate Parker Brother; Jerry Spencer and wife Lana, of Owasso, Oklahoma Sister; Sandra McClain and husband Terry, of Port Lavaca, Texas He was preceded in death by his parents and one brother, Kenneth Spencer. Visitation will be held from 1:00 p.m. to 4:00 p.m. Sunday, May 2nd, and 4:00 p.m. to 7:00 p.m. Monday, May 3rd, at Mowery Funeral Service in Owasso. Funeral service will be held 10:30 a.m. Tuesday, May 4, 2021, at First Baptist Church in Owasso with Pastor Chris Wall and Pastor Mike Frantz officiating. Serving as casket bearers will be Lynn Becker, Mike Hazelip, Tom Linginfelter, Barry Allen, Larry Turner, and Steve Holleman. Honorary casket bearers will be D.M. Sokolosky, Jim Gray, and J.V. Haney. Committal service and interment will follow at Fairview Cemetery in Owasso. The family requests memorial contributions be made to First Baptist Church Owasso, on memo line write Melvin Spencer/The Mission, P.O. Box 1020, Owasso, Oklahoma, 74055. Arrangements and services were entrusted to Mowery Funeral Service of Owasso. www.moweryfs.com

Melvin Dale Spencer was born April 9, 1946, in Gans, Oklahoma, to Boyd M. and Edith Mae Henry Spencer. He went to be with his Lord and Savior Jesus Christ on Wednesday, April 28, 2021, in Tulsa, Oklahoma, at the age of 75 years. Melvin moved... View Obituary & Service Information

The family of Melvin Dale Spencer created this Life Tributes page to make it easy to share your memories.

Send flowers to the Spencer family.