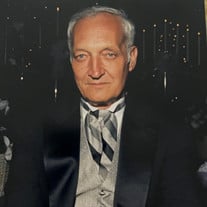 The unexpected passing of Paul Wayne Knight, 76 year old son of Andrew Samuel “Sam” Knight and Mae Elizabeth (Evans) Knight on Friday, the 8th day of April this year (2022) has devastated his family and friends. Paul was born on November 9, 1945, in Bakersfield, California. He was raised in Catoosa, Oklahoma. After high school he enlisted and served his country honorably in the United States Marine Corps, where he served two tours in Vietnam and earned the rank of Corporal and lead a squad of 10 men. After returning home, Paul earned an associate degree in Psychology from Northeast University. He spent most of his working life owning and operating various businesses, but he especially loved being a truck driver for himself owning Knight Trucking and P.S. Direct Express. He enjoyed a variety of past times such as gardening and driving, but most of all he loved spending time with his family, especially his grandchildren. Those he leaves behind who hold many cherished memories include: Daughter: Perris Sandmann and Fiance’ Jason 8 Grandchildren: Jon Knight Lyze Gillett and husband Pete Damon Collins Skot Sandmann and wife Sierra Laura Haney and husband Matt Justin Collins and girlfriend Brie Kayden Billue Suni Sandmann 6 Great Grandchildren Westin, Adalynn, Matthew, Rayann aka “Dancing Queen”, Layken aka “Jumping Bean” and Emrik aka “Baby Boy Blue” Brother: Bob Knight 2 Sisters: Yvonne Chapman and Joy Isham He joins in heaven his parents, Sam and Mae, 5 brothers, Eugene, Gary, Roy, Stevie, and Ronnie, and two sisters, Betty and Wanda, and great grandchild Baby Lennox Cole. Visitation will be held from 4:00p.m. to 8:00 p.m. on Wednesday at Mowery Funeral Service in Owasso. Funeral service will be 1:30 p.m. on Thursday, April 14, 2022, at the Mowery Funeral Service Chapel. Interment will be held at Dick Duck Cemetery in Catoosa.

The unexpected passing of Paul Wayne Knight, 76 year old son of Andrew Samuel &#8220;Sam&#8221; Knight and Mae Elizabeth (Evans) Knight on Friday, the 8th day of April this year (2022) has devastated his family and friends. Paul was born on... View Obituary & Service Information

The family of Paul Wayne Knight created this Life Tributes page to make it easy to share your memories.

Send flowers to the Knight family.