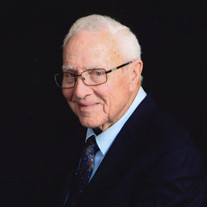 The sum of a man’s life is measured not so much by his accomplishments but by the people he has touched. Paul Shireman scored high in both categories. He was born in Joplin, Missouri, on June 4, 1931, to Bill and Blanche Shireman, in the midst of the Great Depression. From humble beginnings, his life path led him around the world and into the sky. He spent the last years of his life in Owasso, Oklahoma, a place he was glad to call his home for 37 years. After high school, Paul graduated from Texas Tech University in 1954 with a degree in Petroleum Geology. He served two years in the U.S. Army after being drafted. During that period he met his future wife, Norma Terry, from Webb City, Missouri. Paul and Norma were married on December 27, 1954. Their first child, Kevin Paul Shireman, was born in December 1956, followed by William Leslie in 1958 and Paul Terry in 1960. Paul went to work for Dowell Division of the Dow Chemical Company after his discharge from the Army, where he spent his entire professional career. In 1967, he and his family moved overseas, living in Venezuela, Iran, and Indonesia over the next six years before returning to the United States in 1973. He then lived in Texas and Ohio before finally being transferred to Owasso, where he and Norma bought their house near Gundy’s airport. It was their 27th home together since their marriage and would be their last. Paul retired from Dowell in 1984 and immediately became engaged in the Owasso community. He participated in the Tulsa Area Council on Aging. He volunteered for the AARP tax preparation program for over 30 years, preparing thousands of income tax returns and helping elderly and indigent individuals. He developed many relationships with people who returned to him year after year for assistance with their returns. He was also active in the Area Agency on Aging in Tulsa and the Owasso Golden Agers. He was a frequent pool player at the Owasso Community Center in the mornings, and he participated in pool tournaments in the area for many years. He was always willing to lend a hand wherever any help was needed. Paul’s great passion was flying. He obtained his private pilot’s license in 1964 and actively flew until just a few months before his passing. He owned a Cessna 172 when he retired and in 2007 began flying a two-seater airplane he built himself in his backyard hangar. In 2019 he was recognized by the Federal Aviation Administration with a “Master Pilot” award for 50 years of safe flying. His flying career has taken him to Canada, the Bahamas, and 38 of the 50 United States, including Alaska. He was active in Chapter 10 of the Experimental Aircraft Association, participating in numerous pancake breakfasts and the Young Eagles program where he introduced over 400 youngsters to the joys of flying. He made many friends in the flying community, attending innumerable weekend fly-in camping get-togethers and breakfasts. Paul was active physically until just before his passing, and he never lost his sharp mind and wit. He was grateful for the wonderful friendships he had developed over the years in Owasso and was glad that he and Norma had made it their home. The family wishes to express their appreciation to the many friends and neighbors who dropped in during his illness to visit Paul. He always appreciated their presence and he never failed to greet them with a smile and joke. Paul was preceded in death by his older brother, Robert Shireman, and his oldest son, Kevin Shireman. He is survived by his wife of 67 years, Norma; son Leslie Shireman and wife, Vickie Longwill; son Paul Terry Shireman and wife Donna; grandchildren Jennifer Beaudoin and husband Patrick, Paul Eugene Shireman and wife Julie, and Schuyler Shireman; and great-grandchildren Patrick, Dylan, and Avery Beaudoin. Visitation will be held from 4:00 p.m. to 8:00 p.m. on Tuesday, April 19, 2022, at Mowery Funeral Service in Owasso. Funeral service will be 10:00 a.m. on Wednesday, April 20, 2022, at Owasso First United Methodist Church. Interment will be held 2:30 p.m., Wednesday, April 20, 2022 at Ozark Memorial Park Cemetery, Joplin, Missouri.

The sum of a man&#8217;s life is measured not so much by his accomplishments but by the people he has touched. Paul Shireman scored high in both categories. He was born in Joplin, Missouri, on June 4, 1931, to Bill and Blanche Shireman, in... View Obituary & Service Information

The family of Paul Maurice Shireman created this Life Tributes page to make it easy to share your memories.

The sum of a man’s life is measured not so much by his accomplishments...

Send flowers to the Shireman family.