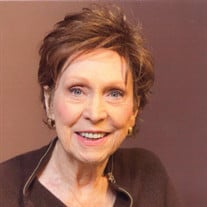 Pauline “Polly” (Fowler) Zumbado was born May 20, 1941 in Hodges, Alabama to Andrew Jewel Fowler and Arrie Gladys (Armstrong) Fowler. She died Friday, August 28, 2020 in Owasso, Oklahoma at 79 years of age. She was raised and educated in Red Bay, Alabama and graduated with the Red Bay High School Class of 1959. After high school, Polly attended beauty college in Birmingham, Alabama and earned her cosmetology license. She began her career in beauty at Loveman’s in Birmingham. She moved to Houston, Texas where she was the manager and stylist in the hair salon at Joske’s. She eventually owned and operated four salons, Polly Z’s Hair Salons, in Houston, Texas, as well as bought and sold real estate in the Houston area. She had a sharp business acumen, loved the creativity of hair design, and had a passion for her family, friends, and customers. Polly was a faithful member at Tallowood Baptist Church in Houston, Texas for over 35 years, had had a true love for her Savior, Jesus Christ. In her spare time she enjoyed gardening and traveling. Those she leaves behind who hold many cherished memories include: 3 Children; Carmen Applebaum and husband Andrew, of Owasso, Oklahoma Gita Colyandro and husband Thomas, of Galveston, Texas Christopher Zumbado and wife Mechelle, of Houston, Texas 3= Grandchildren; Ian Applebaum and Fiancé Callie Mueller, of Owasso, Oklahoma Luke Zumbado, of Houston, Texas Caleb Colyandro, of Galveston, Texas 3 Sisters; Marie Fowler, of Hartselle, Alabama Chesteen Ellenburg, of Hartselle, Alabama Nell Henson of Pace, Florida She was preceded in death by her parents, Jewel and Arrie Fowler, and two brothers, Clovis and Hollis Fowler. All who knew Polly were drawn to her grace and kindness and she will be greatly missed by those she leaves behind.

The family of Pauline "Polly" Zumbado created this Life Tributes page to make it easy to share your memories.

Send flowers to the Zumbado family.