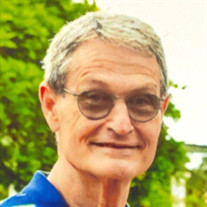 Jay Philip Burford was born March 23, 1945, in Lindsay, Oklahoma, to John Walter and Mary Evelyn Bishop Burford. He died Wednesday, March 24, 2021, in Owasso, Oklahoma, at the age of 76 years. Phil was reared and educated in Lindsay and graduated with the Lindsey High School Class of 1963. He attended the University of Oklahoma for three and a half years before enlisting in the armed forces. He served his country honorably with United States Navy. Upon his discharge, he furthered his education at East Central University in Ada, Oklahoma. He spent most of his working life as a medical toxicology technologist with Hillcrest Medical Center in Tulsa. Phil was married November 23, 1985, in Tulsa, Oklahoma, to Pat Gray. For many years he attended Southwood Baptist Church in Tulsa and along with Pat, enjoyed watching the children of single mothers so they could enjoy some free time. He enjoyed a variety of pastimes, particularly tinkering with electronic gadgets. He especially enjoyed his role of “Poppy” and “Papa”. Those he leaves behind who hold many cherished memories include: His wife: Pat, of the home Daughter; Misti Henderson and husband Kenny, of Collinsville, Oklahoma Granddaughters; Kayla Rike and husband Jared Grigg, of Owasso, Oklahoma Bre Henderson, of Owasso, Oklahoma Great grandchildren; Addison Grigg and Lawson Grigg Brother; John Burford and wife Jackie, of Boca Raton, Florida Sister; Susan Schoon and husband Don, of Lindsay, Oklahoma He was preceded in death by his parents. Visitation will be held from 2:00 p.m. to 4:00 p.m. Sunday, March 28, 2021, at Mowery Funeral Service in Owasso. Funeral service will be held 1:00 p.m. Monday, March 29, 2021, at Southwood Baptist Church in Tulsa with Pastor Darrin McKnight officiating. Serving as casket bearers will be Jared Grigg, Kenny Henderson, Darrell Buttress, David Sutton, Gene Adams, and Jesse Fair. Committal service and interment will follow at Fairview Cemetery in Owasso, Oklahoma. The family requests memorial contributions be made to the American Cancer Society, 4110 South 100th East Avenue, Suite #101, Tulsa, Oklahoma, 74146. Arrangements and services were entrusted to Mowery Funeral Service of Owasso. www.moweryfs.com

Jay Philip Burford was born March 23, 1945, in Lindsay, Oklahoma, to John Walter and Mary Evelyn Bishop Burford. He died Wednesday, March 24, 2021, in Owasso, Oklahoma, at the age of 76 years. Phil was reared and educated in Lindsay and graduated... View Obituary & Service Information

The family of Phil Burford created this Life Tributes page to make it easy to share your memories.

Send flowers to the Burford family.