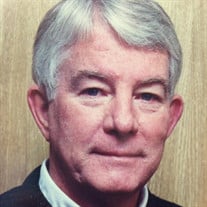 Phillip Allen Lutz was born July 15, 1939, in Edmond, Oklahoma, to Edwin Hart Lutz and Hazel Bernice (Mahan) Lutz. He passed from this life on Tuesday, April 23, 2019, in Tulsa, Oklahoma, at the age of 79 years. Phil was raised and educated in Edmond and graduated with the Edmond-Memorial High School Class of 1957. After high school he earned his bachelor’s degree in Civil Engineering from the University of Oklahoma and later he earned his master’s degree in Construction Engineering and Management from Oklahoma State University. Phil was married July 3, 1971, in Tulsa, Oklahoma to Betty Jean (Vieux) Lutz. He spent most of his working life as a Civil Engineer with the Corps of Engineers in Dallas, Texas and Tulsa, Oklahoma, where he retired in 1996. In an effort to stay active, he immediately came out of retirement to join the City of Owasso’s Public Works Department. He retired a second time with the City of Owasso, but continued to work there part-time until recently. Phil was a faithful member and an Elder at First Presbyterian Church in Owasso. In his spare time, he enjoyed playing golf (when things went his way), fishing (when he could get the boat to work), camping (when he didn’t forget important equipment like tent poles), traveling with Betty (when there was beautiful scenery and good food). He was perhaps best known for his creative and quirky sense of humor, his kindness, and his love of pie. Those he leaves behind who hold many cherished memories include: 4 Children; Barry Lutz and wife Natalie, of Seattle, Washington Lindsey Martinez and husband Manuel, of San Marcos, Texas Megan Lutz, of Owasso Tim Lutz, of Owasso 8 Grandchildren; Gabriel, Annalise, Elijah, Lillian, and Carina Martinez, Chloe and Leo Lutz, and Zoey Leake. 3 Sisters-in-Law; Joyce Clark, of Muskogee Sherry Traut and husband Hank, of McAlester Rita Strickland and husband George, of McAlester He was preceded in death by his parents, Edwin and Hazel, wife Betty, brother, Larry, 3 sisters-in-law, Tammy, Mildred, and Lucille, and brother-in-law, Leroy. Arrangements and services were entrusted to Mowery Funeral Service of Owasso.

Phillip Allen Lutz was born July 15, 1939, in Edmond, Oklahoma, to Edwin Hart Lutz and Hazel Bernice (Mahan) Lutz. He passed from this life on Tuesday, April 23, 2019, in Tulsa, Oklahoma, at the age of 79 years. Phil was raised and educated... View Obituary & Service Information

The family of Phillip Allen Lutz created this Life Tributes page to make it easy to share your memories.

Send flowers to the Lutz family.