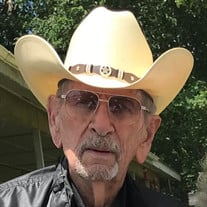 Randall Gene “Buz” Miser was born October 29, 1934, in Oilton, Oklahoma, to Arch Madison and Velma Jane Yeager Miser. He died Sunday, November 10, 2019, in Tulsa, Oklahoma, at the age of 85 years. Buz completed his secondary education in Tulsa, Oklahoma, where he graduated with the Central High School Class of 1953. During his school years he worked as a butcher, gas station attendant, and Tulsa World deliverer. He continued to work various jobs after graduation and in 1955 had earned enough money to buy his first dump truck and start his own service. He operated this business successfully for 10 years before starting Miser Asphalt Company in 1965. One of his favorite pastimes during this time was racing, and was active in Tulsa as a car racer from 1961 through 1971. In 1974, Buz moved his family and business from Tulsa, to Owasso where the company continued to thrive then eventually selling to his son Randy in 1990. True to his entrepreneurial spirit, Buz started another company, Owasso Top Soil. In 2008, he sold this business to his son Randy, after which time he “retired”. His retirement consisted of harvesting and selling pecans, raising cattle, renting property, and assisting others any way he could. Buz was well known for his generosity and actively adhered to Acts 20:35 for which he was recognized on numerous occasions. In 1986, he received Special Appreciation for Support from the Girl Scouts. In February of 1995, he received Special Recognition from the City of Owasso and Air-Evac of Tulsa for the construction of the helipad at the Owasso Fire Department. For the years of 1997-1998, he received the Service to Mankind Award presented by the Owasso Sertoma Club for Significant and Meritorious Service to Mankind. He received the Century Donor Award from the Boy Scouts of America in the years 2000, 2001, and 2005. In October of 2006, he was presented a Certificate of Achievement for promoting Health and Safety by the Oklahoma Mine and Health Safety Conference. Again, in October of 2008, he was recognized by the Owasso Sertoma Club with a Certificate of Appreciation. Buz leaves behind a host of friends and family members that hold many cherished memories including: His wife of 32 years; Linda, of the home Children; Debbie VanPaepeghem and husband David, of Owasso, Oklahoma Randy Miser and wife Carol, of Claremore, Oklahoma Terry Miser and wife Mynda, of Collinsville, Oklahoma Janette Bancroft and husband Don, of Owasso, Oklahoma Grandchildren; Sandra Nations and husband Bill Eddie Hall Nate VanPaepeghem and wife Kim Kelly Green and husband Dave Amber Fowler, Taylor Miser, Jake Miser, and Seth Miser Great grandchildren; Eli Green, Aaron Green, Tristan Hall, Addison Hall, F.P. Fowler, and Jack Fowler And his faithful feline friend, Frank He was preceded in death by his parents, brother, Russell Miser, and sister, Patsy Ann Miser Visitation will be held from 4:00 p.m. to 8:00 p.m. Wednesday, November 13, 2019, with family receiving friends from 5:00 p.m. to 7:00 p.m., at Mowery Funeral Service Chapel in Owasso. Funeral service will be held 10:00 a.m. Thursday, November 14, 2019, at the Mowery Funeral Service Chapel in Owasso with Pastor Leonard Pirtle officiating. Serving as casket bearers will be Randy Miser, Terry Miser, Nate VanPaepeghem, Eddi Hall, Jake Miser, and Seth Miser. Committal service and interment will follow at Fairview Cemetery in Owasso, Oklahoma. The family requests memorial contributions be made to King’s Grove School at www.kingsgroveschool.com. Arrangements and services were entrusted to Mowery Funeral Service of Owasso. www.moweryfs.com

The family of Randall Gene "Buz" Miser created this Life Tributes page to make it easy to share your memories.

Send flowers to the Miser family.