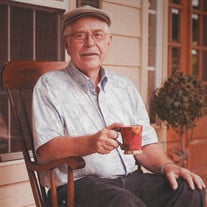 Rev. V Kenneth Murr was born June 12, 1929, in Steger, Illinois, to Roy Erkle and Lena Turner Murr. He died Wednesday, May 1, 2019, in Owasso, Oklahoma, at the age of 89 years. Ken was married June 10, 1950, in Los Angeles, California, to the love of his life, Tierra Jeanne Baker. They had made their home in Owasso, Oklahoma, since 1969. He spent most of his working life as a comptroller with Crane Carrier in Tulsa. His greatest love, however, was his love for his Lord and Savior Jesus Christ. He had pastored and started numerous Four Square Church’s and was a founding member of Christ’s Church of Owasso. He served as an Elder on the church board and as church treasurer. He and Tierra enjoyed their time together in church ministry, but also time spent raising and showing their beloved paint horses. His grandchildren and great grandchildren always put the biggest smile on his face, no matter their age or size. He was preceded in death by his parents, brothers Lloyd Murr and Coy Murr, and his beloved wife of over 68 years, Tierra Murr. Those he leaves behind who hold many cherished memories include; Sister; Novella Murr, of Owasso, Oklahoma Daughter and son-in-law; Keli and Doug Gross, of Owasso Son; Jeff Murr Grandchildren; ChiAnn Stevens and husband Michael, of Bernice, Oklahoma Kristen Brown, of Skiatook, Oklahoma Steven Gross and wife Jen, of Apex, North Carolina Riley Murr, of Stillwater, Oklahoma Six Great grandchildren and two great great grandchildren Visitation will be held from 4:00 p.m. to 8:00 p.m. Tuesday, May 7, 2019, at Mowery Funeral Service in Owasso. Funeral service will be held 3:00 p.m. Wednesday, May 8, 2019, at Christ’s Church of Owasso with Pastor David Payne officiating. Graveside service will be held 1:00 p.m. Thursday, at Rolla Cemetery in Rolla, Missouri. Arrangements and service were entrusted to Mowery Funeral Service of Owasso. www.moweryfs.com

The family of Rev. V. Kenneth Murr created this Life Tributes page to make it easy to share your memories.

Send flowers to the Murr family.