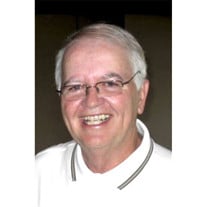 'OBITUARY FOR RICHARD FRANKLIN Frank Richard Franklin was born February 15, 1947, in Tulsa, Oklahoma, to Frank Wyatt and Betty M. (Vaughn) Franklin. He died Saturday, January 9, 2016, in Tulsa, Oklahoma, at the age of 68 years. Richard was reared and educated in Tulsa and graduated with the McClain High School Class of 1965. He spent over 38 years of his working career with Hughes Anderson Engineering in Tulsa as a draftsman. He was a longtime member of First Christian Church in Owasso. Richard was very active with Meals on Wheels and was a past president of the Owasso Chapter. He was especially fond of his role of Papa Richie to the grandchildren.Loving family members include:His wife; SharonSon and daughter-in-law; Kevin and Annette Franklin, of Montgomery, TexasDaughter; Kim Rutherford, of OwassoFive grandchildren; Tyler Rutherford, Courtney Franklin, Macie Rutherford, Cadyn Griffin, and Brecken FranklinHe was preceded in death by his parents. Visitation will be held from 4:00 p.m. to 8:00 p.m. Wednesday, January 13, 2016, at Mowery Funeral Service in Owasso. Funeral service will be held 1:30 p.m. Thursday, at First Church in Owasso with Pastor Ben Killion officiating. Committal services and interment will follow at Memorial Park Cemetery in Tulsa. The family requests memorial contributions be made to the First Church Owasso Building Fund, 10100 North Garnett Road, Owasso, Oklahoma, 74055, or Meals on Wheels of Metro Tulsa, 12620 East 31st Street, Tulsa, Oklahoma, 74146. Arrangements and services were entrusted to Mowery Funeral Service.www.moweryfs.com'

The family of Richard Franklin created this Life Tributes page to make it easy to share your memories.

Send flowers to the Franklin family.