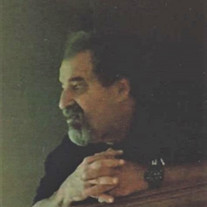 Robert Allocca was born August 18, 1956, in Brooklyn, New York, to Vincent Pasquale and Marie Carmela Merola Allocca. He died Friday, September 24, 2021, in Tulsa, Oklahoma, at the age of 65 years. Robert completed his secondary education in New York and graduated with the Wantaugh High School Class of 1974. He was married June 12, 1982, in Massapequa, New York, to Patricia Endres. They had made their home in Owasso, Oklahoma, since 1985. Robert spent most of his working life as a network specialist engineer beginning with American Airlines, which became Sabre, then EDS, HP, and AT&T. He attended St. Henry Catholic Church in Owasso. He enjoyed a variety of pastimes including spending time on the golf course. He also enjoyed playing poker with his friends as well as heading out to play at the Hard Rock Casino and River Spirit Casino. He was an avid fan of the New York Yankees and the Oakland Raiders. As a young dad, Robert loved that he was able to coach all his kids and kids’ friends He was affectionately known as “Grandpa” or “Pam Pa” to his grandchildren. Those he leaves behind who hold many cherished memories include: His wife; Tricia, of the home Children; Robert Allocca and wife Liz, of Owasso, Oklahoma Nicole Richardson and husband Mac, of Owasso, Oklahoma John Allocca and wife Joanna, of Owasso, Oklahoma Grandchildren; Jaxen (Mini Man) Allocca Cindie (Layla) Allocca Jaxon (Big Jax) Stormy David Tucker And Baby Socks Allocca expected soon Two sisters; Patricia Godlewski and husband Michael, of California Ann Allocca, of Hutchinson, Nevada He was preceded in death by his parents, a brother, John Allocca, and uncle, Bobby Merola. Funeral service will be held 10:00 a.m. Friday, October 1, 2021, at St. Henry’s Catholic Church in Owasso with Father Bala Yaddanapalli officiating. Private family disposition will be held at a later date. The family requests memorial contributions be made in Robert’s memory to the Owasso Fire Department, 11933 East 116th Street North, Collinsville, Oklahoma, 74021. Arrangements and services were entrusted to Mowery Funeral Service of Owasso. www.moweryfs.com

The family of Robert Allocca created this Life Tributes page to make it easy to share your memories.

Send flowers to the Allocca family.