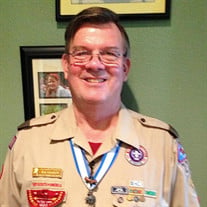 Robert “Bob” Dean Coonfield was born on October 8, 1947, in Tulsa, Oklahoma to Robert Oliver Coonfield and Nadine Muriel (Smith) Coonfield. He passed from this life on Friday, November 19, 2021, in Tulsa, Oklahoma at the age of 74 years. Bob was raised and educated in Tulsa and graduated with the Will Rogers High School Class of 1965. After high school he enlisted and served his country honorably in the United States Navy, serving two tours overseas on the U.S.S. Ranger as a Machinist Mate Fireman E3. After returning home, Bob earned a bachelor’s degree and a master’s degree in industrial technology from Northeastern State University in Tahlequah, Oklahoma. He spent most of his working life as a Drafting Designer for various companies in Tulsa such as NATCO, Stairmaster, CRC Evans, ETI, and retired from John Zink Hamworthy Combustion in February of 2018. Bob was married in Tulsa, Oklahoma on September 25, 1998, to Laurel Ann (Roswell) Coonfield. He was a faithful member of First Christian Church in Tulsa over 30 years, where he served as a deacon and drove the bus for the elderly. He also taught drafting as an instructor at Tulsa Technology Center for 26 years. Bob volunteered as a Boy Scout Leader for 37 years and earned the Silver Beaver Award, the highest honor as an adult in scouts. In his spare time, he enjoyed a variety of past times such as woodworking, camping, fishing, RV-ing, barbecuing, spending time with friends and family, and showing off his 1931 Chevy Hot Rod. Those he leaves behind who hold many cherished memories include: His Wife; Laurel Coonfield 2 Children; Jennifer Kelly and husband Derek Michael Coonfield and wife Michelle 2 Stepsons; Nathan Russell and wife Elizabeth Tyler Russell 8 Grandchildren; Madeleine, Olivia, Parker, Finley, Henry, Mason, Benjamin, and William Furbabies; Zio, Zeke, Ozzie, and Izzie He was preceded in death by his parents, Robert and Nadine, and his sister, Rita Frederick. Memorial service will be held 10:00 a.m. on Tuesday, November 30, 2021, at the Mowery Funeral Service Chapel in Owasso with Pastor Leonard Pirtle officiating. In lieu of flowers, the family request donations be made in Bob’s memory to Boy Scout Troop 2222, 3500 S Peoria Ave Tulsa, OK 74105.

The family of Robert "Bob" Dean Coonfield created this Life Tributes page to make it easy to share your memories.

Send flowers to the Coonfield family.