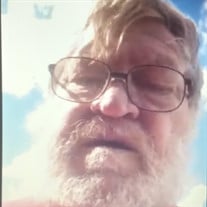 Robert Eugene “Bob” Pennington was born November 23, 1946, in Tulsa, Oklahoma, to William Mack and Margaret Ruth Tharp Pennington. He died Tuesday, January 8, 2019, in Tulsa, Oklahoma, at the age of 72 years. Bob was reared and educated in Owasso, Oklahoma, and graduated with the Owasso High School Class of 1965. He was a veteran of the armed forces having served his country honorably with the United States Army during the Vietnam War. He spent much of his working life as a helicopter mechanic with the Army. He later continued his education at Tulsa Community College. He moved to Checotah, Oklahoma, where he owned and operated Bob’s Burgers. He spent time working for Dollar Thrifty, Jackson-Hewitt, HP X-Ray Supply, Dish TV, and was co-owner of Green Country Extreme Surfing. As a younger man Bob enjoyed going to the rodeo and was a bull rider. Later in life he enjoyed spending time reading and going to the bowling alley with his friends. It is also where he met his wife Suzan, whom he married June 9, 2000, in Collinsville, Oklahoma. Those he leaves behind who hold many cherished memories include: His wife; Suzan Two daughters; Angela McGinniss, of Claremore, Oklahoma Ruth Brakefield, of Luther, Oklahoma Two sons; Eric Beu and wife Billie, of Moore, Oklahoma Brian Hough, of Midwest City, Oklahoma Nine grandchildren Brother; Bill Pennington and wife Linda, of Claremore Brother; Roy Pennington and wife Renee, of Westfork, Arkansas Sister; Carole Leger and husband Larry, of Owasso Brother, Raymond Pennington, of Westfork, Arkansas Visitation will be held from 4:00 p.m. to 8:00 p.m. Monday, January 14, 2019, at Mowery Funeral Service in Owasso. Funeral service will be held 10:00 a.m. Tuesday, January 15, 2019, at the Mowery Funeral Service Chapel in Owasso. Committal service and interment will follow at Fort Gibson National Cemetery in Fort Gibson, Oklahoma. Arrangements and services were entrusted to Mowery Funeral Service of Owasso.

The family of Robert Eugene Pennington created this Life Tributes page to make it easy to share your memories.

Send flowers to the Pennington family.