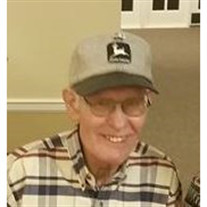 'Ronald Dean Thorpe was born August 15, 1944, in Lenapah, Oklahoma, to Richard (Dick) Thorpe and Lavonne (McAfee) Thorpe. He died Friday, March 13, 2015, in Broken Arrow, Oklahoma, at the age of 70 years. Ronald graduated from Delaware High School in Delaware, Oklahoma, in May of 1962 and later graduated from Coffeyville Community Junior College in Coffeyville, Kansas, with an Associateâ€™s Degree in Business Administration. He worked for a short time in Broken Arrow as a clerk. He then went to work for Funk Manufacturing Company on June 25, 1964 as secretary to the Personnel Manager. He was then promoted to the position of hiring the hourly employees. He retired from John Deere and Company (They bought out Funk Manufacturing) after thirty seven years of service. He married Margaret Cary from Edna, Kansas, and they had a daughter Dana Leigh Thorpe. They later divorced and Ronald remarried to Tommilene Braschler. He served in the military from May 1966 until October 1997, serving in the active Army, Army Reserves, and finished his career with Kansas Army National Guard 174th supply and service Battalion rank of Master Sgt. He was a member of the board of directors with the Peopleâ€™s Choice Credit Union for more than 20 years. Also, he was a life member of VFW Post 1022 in Coffeyville, Kansas, working his way through the ranks to Post Commander. He was also a life member of American Legion Post 20 in Coffeyville. Loving family members include:Daughter and Son-In-Law; Dana and Michael Conner, of Broken ArrowGrandchildren; Kelcie Wiedemann and husband Shane, of Broken Arrow Hunter Conner, of Broken ArrowBrother; Gary Thorpe, of GroveRonald was preceded in death by his parents, and his wife, Tommilene. Graveside services will be held at 1:00 p.m., Tuesday, March 24, 2015, at Mount Washington Cemetery in Lenapah, Oklahoma. Arrangements and services were entrusted to Mowery Funeral Service of Owasso.www.moweryfs.com'

The family of Ronald Dean Thorpe created this Life Tributes page to make it easy to share your memories.

Send flowers to the Thorpe family.