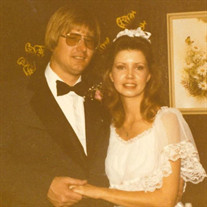 Samuel Thomas Guild was born June 18, 1953, in Tulsa, Oklahoma, to Carl Holmes Guild, Jr, M.D. and Freida Mae Meyer. He died Thursday, June 10, 2021, in Owasso, Oklahoma, at the age of 67 years. Sam completed his secondary education in Bartlesville, Oklahoma, and graduated with the Bartlesville Sooner High School Class of 1971. He attended the University of Oklahoma in Norman on a swimming scholarship and earned his Bachelors Degree in Finance in 1975. He continued his education at Oklahoma City University where he earned a Masters in Business Administration Degree and a Masters of Science and Accounting Degree. Sam was married October 16, 1982, in Oklahoma City to Barbara Walkden. He spent most of his working life as a certified public accountant, working for several corporations in the oil and gas industry and hospital healthcare industry. He worked in Oklahoma City, Oklahoma, Deming, New Mexico, then back to Pawhuska, Oklahoma, before making his home in Owasso, Oklahoma. He also did consulting work for a firm in Chicago. Sam was an avid Oklahoma Sooner sports fan as well as a St. Louis Cardinals fan. Those he leaves behind who hold many cherished memories include: His wife; Barbara, of the home Children; Carl Guild III M.D., of Oklahoma City Christopher Guild and wife Randi, of Owasso, Oklahoma Courtney Barbee and partner Travis Screechowl, of Owasso, Oklahoma Grandchildren; Randy Barbee Carl Guild IV Samantha Screechowl Brother; Carl A. Guild and wife Virginia, of Moore, Oklahoma Sister; Barbara Hall and husband Don, of Denver, Colorado Brother; Tom Guild, of Edmond, Oklahoma He was preceded in death by his parents and an infant daughter, Kathryn Elizabeth Guild. Funeral service will be held 10:00 Tuesday, June 15, 2021, at the Memorial Park Cemetery Chapel in Oklahoma City, Oklahoma, with interment to follow. The family requests memorial contributions be made in memory of Sam Guild, to the University of Oklahoma Foundation, P.O. Box 258856, Oklahoma City, Oklahoma, 73125-8856, or directly at www.oufoundation.org . Arrangements and services were entrusted to Mowery Funeral Service of Owasso. www.moweryfs.com

The family of Samuel "Sam" Thomas Guild created this Life Tributes page to make it easy to share your memories.

Send flowers to the Guild family.