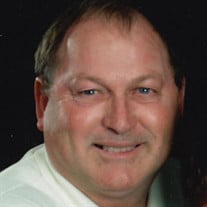 Steven Wayne Hennessee was born September 19, 1950, in Tulsa, Oklahoma, to Warren Benton and Kathleen Virginia Lemaster Hennessee. He died Thursday, May 20, 2021, in Tulsa at the age of 70 years. Steve was reared and educated in Tulsa, Oklahoma, and graduated with the East Central High School Class of 1968. He attended Northeastern Oklahoma A & M in Miami, Oklahoma, then earned his bachelor’s degree in social work at the University of Oklahoma in Norman, Oklahoma. He was married December 18, 1982, in Collinsville, Oklahoma, to Lu Ann McCullough Donelson. Steve spent his early working life as a home and metal building builder. He was the owner and operator for many years of It’s A Small World daycare in Collinsville, Oklahoma. He was a longtime faithful member of Discovery Church in Collinsville where he served as a leader with the AWANA’s. He also served as a leader with the Boy Scouts of America. He spent a lot of time driving kids to all kinds of events, henceforth, he became an avid supporter of Collinsville Public Schools. Steve enjoyed a variety of pastimes including building and fixing things, and going fishing. He like to follow and discuss politics and spending time watching old western movies. He dearly loved his family and always enjoyed family get-togethers. Those he leaves behind who hold many cherished memories include: His wife; Lu Ann, of the home Children; Sarah Donelson, of Collinsville, Oklahoma Amy Stokes and husband Bryant, of Collinsville, Oklahoma Alexa Hennessee and fiancé Schuyler Smith, of Claremore, Oklahoma Fischer Hennessee, of Sand Springs, Oklahoma Grandchildren; Saskia Dodson, Gudren Donelson, Caleb Mitchell, Paris Stokes, Cilicia Stokes, Derek Stokes, Damyan Stokes, and Achaia Stokes Great granddaughter; Helena Houston Sisters; Judy Brumley, of Collinsville, Oklahoma Pat Bourassa, of California He was preceded in death by his parents, and half-brother, Robert Warren. Visitation will be held from 4:00 p.m. to 8:00 p.m. Monday, May 24, 2021, at Mowery Funeral Service in Owasso. A memorial service will be held 2:00 p.m. Sunday, May 30, 2021, at Discovery Church in Collinsville. Private family disposition will be held at a later date. The family requests memorial contributions be made in memory of Steve Hennessee to Collinsville Public Schools, 1902 West Maple Street, Collinsville, Oklahoma, 74021. Arrangements and services were entrusted to Mowery Funeral Service of Owasso. www.moweryfs.com

Steven Wayne Hennessee was born September 19, 1950, in Tulsa, Oklahoma, to Warren Benton and Kathleen Virginia Lemaster Hennessee. He died Thursday, May 20, 2021, in Tulsa at the age of 70 years. Steve was reared and educated in Tulsa, Oklahoma,... View Obituary & Service Information

The family of Steven Wayne Hennessee created this Life Tributes page to make it easy to share your memories.

Send flowers to the Hennessee family.