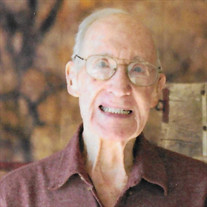 Thomas Weston Murphy was born September 3, 1928, in Coffeyville, Kansas, to Thomas Harry and Juanita Marie Weston Murphy. He died Monday, November 22, 2021, in Tulsa, Oklahoma, at the age of 93 years. Tom completed his secondary education in Jay, Oklahoma, graduating with the Jay High School Class of 1946. He continued his education at Oklahoma Baptist University in Shawnee, Oklahoma, earning his Bachelor of Arts in English. While at OBU, he met Barbara Lou Burrough, and they married on December 21, 1951. While attending Golden Gate Baptist Theological Seminary in Berkeley, California, Tom was ordained to the ministry in 1953 and served as minister of music at Immanuel Baptist Church in Berkeley, California, from 1953-56, going on to pastor other churches in California from 1956-1961. Tom received a Master of Divinity from Golden Gate in 1956, and a Master of Arts in Counseling Psychology from Chapman College in 1978. Tom served for 20 years as a chaplain with the United States Air Force, advancing to Major in 1968. His chaplaincy included assignments at Sewart AFB (Tennessee), Elmendorf AFB (Alaska), Vandenburg AFB (California), Naha AFB (Okinawa), Andrews AFB (Maryland), Minot AFB (North Dakota), and McClellean AFB (California). He and his wife Barbara returned to Oklahoma to make their home in Owasso, Oklahoma, in April of 2003. Tom enjoyed a variety of pastimes including spending time on the golf course, reading and spending time on his computer, and working crossword puzzles. While living at the Baptist Village in Owasso he was active with the Baptist Village choir and for many years, led the music at the Village's Sunday afternoon worship service. Those he leaves behind who hold many cherished memories include: His wife of nearly 70 years; Barbara, of the home Children; Thomas W. Murphy, Jr. and wife Myra, of Kingwood, Texas Katherine L. Murphy and husband Eric Alland, of Kingwood, Texas Anthony E. Murphy and wife April, of Bartlesville, Oklahoma Four grandchildren Six great grandchildren He was preceded in death by his parents; sister Patricia F. Hinchey and husband James; and sister Barbara M. Hager and husband Ernie. Funeral service will be held 10:00 a.m. Monday, November 29, 2021, at the Alsup Chapel at Baptist Village in Owasso with Chaplain Steve Williams officiating. Immediately preceding the service, viewing will be held at 9:00 a.m. in the chapel. The family will greet guests in the Tea Room immediately following the service. Private family committal service and interment will follow at Fairview Cemetery in Owasso. In lieu of flowers, the family requests memorial contributions be made to the Adams Fund of Owasso Baptist Village, 7412 North 127th East Avenue, Owasso, Oklahoma, 74055. Arrangements and services were entrusted to Mowery Funeral Service of Owasso. www.moweryfs.com

The family of Thomas Weston Murphy created this Life Tributes page to make it easy to share your memories.

Send flowers to the Murphy family.