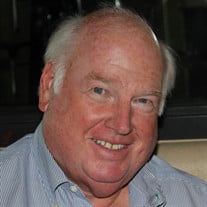 Timothy Anthony Baltz was born Jun 6, 1951, in Pocahontas, Arkansas, to George Henry and Margaret Frances Dust Baltz. He died Thursday, September 16, 2021, in Tulsa, Oklahoma, at the age of 70 years. Tim completed his secondary education in St. Paul, Arkansas, and graduated with the St. Paul High School Class of 1969. He was a member of the Boy Scouts of America and achieved the level of Eagle Scout. He continued his education at the University of Arkansas where he earned his Associates Degree. Tim began his working career in radio and television broadcasting. He served as warden for the Arkansas Department of Corrections and Corrections Corporation of America. He was an inspector with Creative Corrections. Most recently he worked as a loss prevention officer with Macy’s. Tim enjoyed a variety of pastimes, but none more than spending time with family and friends. He loved getting together with those he loved, cooking and grilling. He was an avid fan of Arkansas Razorbacks football. He was especially fond of is role of “Dado” to his grandchildren. Those he leaves behind who hold many cherished memories include: Daughters; Callie Baltz Skiffington and husband Jesse, of Tacoma, Washington Lindsay Baltz Bippus and husband Michael, of Owasso, Oklahoma Cherika Howard, of Broken Arrow, Oklahoma Grandchildren; Olivia Bippus, Grayson Bippus, Adeline Skiffington, William Skiffington, Patrick Bippus, and Cameron Bippus Sister; Betty Hickman, of Springfield, Illinois Brother; George “Butch” Baltz and wife Vicky, of Ackworth, Georgia Loving companion; Sharon Lynch Her son; Nick Lynch and Sandy, and his children, Jenna Frawley and Sam, and Dylan Lynch He was preceded in death by his parents and two sisters, Barbara Vought, and Marian Sassenrath. Funeral service will be held 11:00 a.m. Monday, September 20, 2021, at the Mowery Funeral Service Chapel in Owasso with Reverend Jesse Skiffington officiating. The family requests memorial contributions be made in Tim’s memory to the Folds of Honor Foundation, 5800 North Patriot Drive, Owasso, Oklahoma, 74055. Arrangements and services were entrusted to Mowery Funeral Service of Owasso. www.moweryfs.com

The family of Timothy Anthony Baltz created this Life Tributes page to make it easy to share your memories.

Send flowers to the Baltz family.