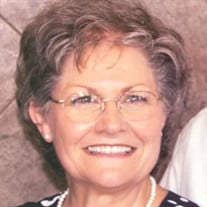 OBITUARY FOR VELMA LAIRD SMOCK Velma Jean Laird Smock was born January 7, 1943, in Eucha, Oklahoma, to Lloyd Franklin and Cleo Elizabeth Miller Stephens. She passed away Tuesday, February 23, 2021, in Owasso, Oklahoma, at the age of 78. Velma completed her secondary education in Catoosa, Oklahoma, and graduated with the Catoosa High School Class of 1961. She was married November 22, 1961, to Rufus Glenn “R.G.” Ritter. Her early working career started as an administrative secretary with Hannah Lumber Company and then Massey Ferguson Tractor. She was married to Dwight “Ike” Laird on May 26, 1978. She then worked as church secretary at Bethel Baptist Church, then later as the attendance secretary at Ator Heights Elementary School in Owasso. In retirement, Velma continued to work at Madalan’s Hallmark in Owasso, helping many people find that perfect card for loved ones and, while working there, enjoyed seeing so many she knew in the community. Velma was strong in her Christian faith and attended Bethel Baptist Church where she served as a Sunday School teacher before moving her membership to Grace Baptist Church. For over 20 years she was involved with the Pride of Owasso and the Band Patrons Club. She and Dwight served during the children’s high school years on the band patrons board which included chaperoning on band trips, fundraising, sewing coronation dresses, and decorating for band banquets. She continued to support the organization attending concerts, football games, and fundraising during the grandchildren’s involvement through 2018. She enjoyed a wide variety of pastimes, such as wedding cake decorating and sewing for others which included family wedding party dresses, and working in her flower garden. She liked to scrapbook, collecting photo memories and preserving them for family. She was a talented oil painter and shared this talent with her mother taking classes together, so the family now has multiples of the same painting to pass down. In her later years, she married Cecil Smock on June 1, 2008, where they enjoyed traveling to the Grand Canyon, Yellowstone, and other destinations always photographing her trips. Those she leaves behind who hold many cherished memories include: Her children; Steven Ritter and wife Kristi, of Owasso, Oklahoma Gayle Russell and husband Jim, of Owasso, Oklahoma Jeff Ritter and wife Misty, of Murfreesboro, Tennessee Stepchildren; Tim Laird, of Owasso, Oklahoma Cathy Laird, of Broken Arrow, Oklahoma Grandchildren; Joshua Ritter, Paige Laird, Corbin Russell, Madison Ritter, Pierce Russell, Austin Ritter, Valerie Russell, Karson Ritter, Justin Ritter, and Ashley Ritter Sister; Linda Miser, of Owasso, Oklahoma Niece; Janette Bancroft and husband Don, of Owasso, Oklahoma Nephew; Anthony Stephens and wife Lisa, of Bixby, Oklahoma She was preceded in death by her parents, husbands, Dwight “Ike” Laird and Cecil Smock, sister, Teresa Gail Stephens, infant sister, Patricia Ann, and infant brother, David Lee. Visitation will be held from 1:00 p.m. to 5:00 p.m. Sunday, February 28, 2021, at Mowery Funeral Service in Owasso. Funeral service will be held 11:00 Monday, March 1, 2021, at the Mowery Funeral Service Chapel in Owasso with Pastor Dean Tucker officiating. Serving as casket bearers are Joshua Ritter, Corbin Russell, Pierce Russell, Austin Ritter, and Justin Ritter. Committal service and interment will follow at Fairview Cemetery in Owasso. The family requests memorial contributions be made to Owasso Band Patrons, P.O. Box 604, Owasso, Oklahoma, 74055. Arrangements and services were entrusted to Mowery Funeral Service of Owasso. www.moweryfs.com

The family of Velma Laird Smock created this Life Tributes page to make it easy to share your memories.

Send flowers to the Smock family.