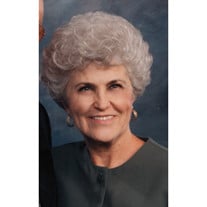 'Virginia Rae Moulds was born January 13, 1933, in Tulsa, Oklahoma, to Raymond A. and Marcile (Robison) Yakey. She died Monday, May 9, 2016, in Owasso, Oklahoma, at the age of 83 years. Virginia was reared and educated in Tulsa and graduated from Will Rogers High School. She was married April 14, 1997, in Boxelder, South Dakota to Robert Moulds, Jr. Virginia spent most of her working career as a Manager of Division Order for AMMOCO. She was a faithful member of First Presbyterian Church in Downtown Tulsa before her health began to inhibit her from attending. Virginia enjoyed fishing, sewing, going out to dinner, and square dancing, especially since that is how she met Robert. Loving family members include:Husband; Robert Moulds, of the homeChildren; Peter Neal, of Tulsa Lorna Price and husband Skip, of Sand Springs Pam Richey and husband Walter, of Owasso Robert Moulds III, of Sand Springs Dottie Richardson and husband Jimmy, of Gladewater, TX16 Grandchildren and 20 Great GrandchildrenVirginia was preceded in death by her parents and daughter, Martha Neal. Visitation will be held from 2:00 p.m. to 6:00 p.m., Sunday, May 15, 2016, at Mowery Funeral Service in Owasso. Funeral service will be held 10:00 a.m., Monday, May 16, 2016, at the Mowery Funeral Service Chapel in Owasso with Chaplain Roy Betz officiating. Serving as casket bearers will be Peter Neal, Walter Richey, Robert Moulds IV, Jeremy Hicks, Britt McNutt, and Ryan Aguirre. Internment will follow at Memorial Park Cemetery in Tulsa, Oklahoma. The family requests that memorial contributions be made to Relay for Life, 4110 South 100th East Avenue, Grant Building Suite 101, Tulsa, OK 74146. Arrangements and services were entrusted to Mowery Funeral Service of Owasso.'

'Virginia Rae Moulds was born January 13, 1933, in Tulsa, Oklahoma, to Raymond A. and Marcile (Robison) Yakey. She died Monday, May 9, 2016, in Owasso, Oklahoma, at the age of 83 years. Virginia was reared and educated in Tulsa and graduated... View Obituary & Service Information

The family of Virginia Rae Moulds created this Life Tributes page to make it easy to share your memories.

Send flowers to the Moulds family.